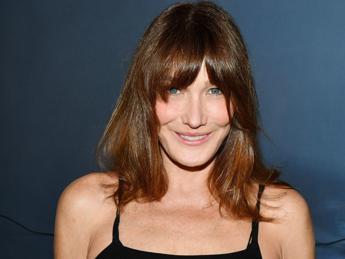 The former premiere dame of France is preparing to return to Ariston after 10 years. Since she left fashion she has dedicated herself to music, releasing 6 studio albums, a collection and a live album.

Carla Brown towards San Remo 2023. The former top model and former premiere dame of France – according to what Adnkronos learns from Parisian high fashion circles – is preparing her return to the Ariston Theater stage, 10 years after his last appearance at the festivalin the edition hosted by Fabio Fazio in 2013, when he presented the album ‘Little French Songs’, and 20 years after his first appearance as super guest singer in 2003, when at the festival hosted by Pippo Baudo he sang ‘Quelqu’un m’a dit’, the title track of his first solo album.

There would therefore be a double anniversary to celebrate this year. And in the light of the news of these hours, the comment that Carla Bruni herself wrote several weeks ago under a video by Amadeus and Gianni Morandi published on Morandi’s Instagram account appears as a ‘hint’ where the two conductors declared they were “ready to San Remo”. Carla Bruni commented: “Very ready!!!“

Since the end of the 1990s, when she gave up her modeling career, Carla Bruni – who married the then President of the French Republic Nicolas Sarkozy in 2008 – has dedicated herself to music, recording no less than six studio albums (plus a live and a collection), which achieved great success especially in France. Her music has also often been used in film and TV soundtracks.