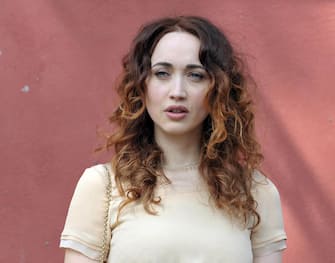 A well-known face of comedy thanks to her pronounced Florentine accent, December 20 is Chiara Francini’s day. The actress born in Florence is 43 years old.

Born in Florence and raised in Campi Bisenzio, Chiara Francini graduated with honors in Italian Studies. You begin your artistic training at the Teatro della Limonaia in Sesto Fiorentino

She arrives on TV thanks to Marco Giusti, who offers her two regular roles in the programs “BlaBlaBla” and “Stracult”

2007 and 2008 are golden years for his career. She acts in four films. Leonardo Pieraccioni writing for the role of Giustina in ‘A beautiful wife’. Daniele Cascella takes her to the set of “The murdered canary”

Spike Lee entrusts her with the role of Fabiola, one of the victims of the Nazi massacre of Sant’Anna di Stazzema in the film Miracolo a Sant’Anna

In 2010 she was one of the protagonists of “Maschi contro feminine” and in the sequel “Femmine against masculine” (2011), directed by Fausto Brizzi. She co-hosts “Colorado” and in the same year she is in the movie “Worst Week of My Life

She won the Guglielmo Biraghi Award in 2011, as revelation actress of the year, assigned by the film journalists’ union, as part of the 68th Venice International Film Festival

Her beauty, visible in all these shots, earned her the role of testimonial for Dolce & Gabbana in the S/S 2012 men’s world campaign entitled “La bella estate”

Television also plays a very important role in his career. In addition to conducting, Francini acts in various fictions. In 2015 she is one of the protagonists of “Weddings and other follies”

Francini also remains committed to her first love, the theatre. In the 2017 and 2018 seasons she starred in Luca Miniero’s play “Due”

He also wrote three books, all published by Rizzoli: “Don’t talk with your mouth full”, “My mother doesn’t have to know”, “A happy year” (WEBPHOTO)

Chiara Francini’s 2020 focuses on the theater. She makes her debut in Fiesole as the protagonist in Steven Berkoff’s “L’amore Segreto di Ophelia”, staged with the company Fanny & Alexander (WEBPHOTO)

The actress at the Turin Film Festival in 2021