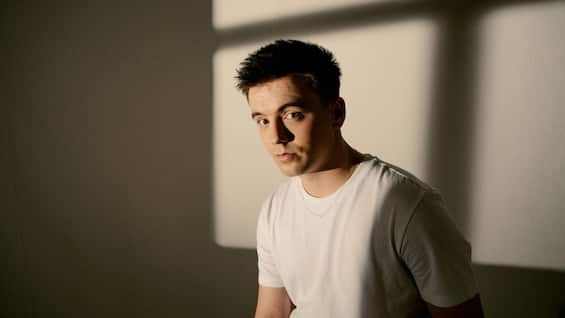 Considered one of the most original, fresh and charismatic pens of the new contemporary urban pop scene, Willborn William Busetti, born in 1999, arrives at the Ariston Theater (WATCH THE SANREMO SPECIAL) with the song Stupidafter passing the selections of Sanremo Giovani with The most important things. After the Sanremo marathon, Will will be working on the new album while the first dates have already been announced Stupid Tour Twenty23 organized and produced by Magellano Concerti: the debut will be the May 3rd to Milan.

William what are the emotions you feel jumping from Sanremo Giovani to the Ariston in the race?

Already reaching the final was an important milestone, plus I got there with a different piece from my traditional discography, The most important things. I still have to realize, however I will go to Sanremo knowing that there will be suffering but also fun … I hope. I will respect that stage by getting there as prepared as possible.

How and when it was born Stupid?

It was born at the end of the covid suffering. It’s a song I worked on a lot, I didn’t want it to be a teen thing but to speak of love for everyone. At the beginning it was so different from my path that we abandoned it and then we resumed it. It was not born for the Festival but from daily work. Working on this piece made me grow. Now I hope to sing it well, I want to get there ready and the idea of ​​singing with the orchestra is a challenge that excites me. I don’t want to seem unprepared, I’m confident.
Who’s the fool?

It’s me! I’ve done a lot of stupid things. I can’t tell you some but if you want to know one, I’ll tell you this: After an argument with my girlfriend, now my ex, I decided to take the car and go and talk to her, but I fell asleep in the car under her house and she told me found in the morning on the seat. Bad impression, however, helped me to fix that relationship.

What prompted you to be in music?

In the pandemic I was bored and looking for strength in writing. Later it also became music and the response was good. I do it for the need to express myself, in music I feel free and away from judgments.
What are you listening to?

I started with the trap and then when I started to find out more about music I broadened my horizons by recovering the Italian songwriting and deepening Sanremo. Thanks to my mum, who is from Manchester, English ratings have arrived.
Who do you want to meet?

Georgia. She has also passed on a lot to me from a family point of view. I think my mother will cheer for her more than for me. She’s a fantastic artist.
Tell me about your creative process.

It’s intuitive. Sometimes they are sentences written on the phone, others there is an instrumental incipit. Usually I write alone and then in the second session I go to perfect. I write a lot, there are things that I end up throwing away and others that I rediscover, as happened with Stupid.
What did you draw from your mother’s Anglo-Saxon culture and your father’s Italian culture?

My parents are very different. Two languages ​​are spoken at home. The Beatles are a religion, then Queen and Oasis. My father is in love with Zucchero, Lucio Dalla and Fabrizio De Andrè. I place myself in the middle, which is today’s pop.
In what ways do you feel English and in what Italian?

I feel English, strangely, in culinary tastes and in the freedom to do my silly thing. I feel Italian in football, I’m crazy about it, I’ve played for a long time and also at good levels. I am Italian in football vision. And I’m an interist.

Let’s talk about Stupid Tour Twenty23 which will end in May.

I’ve done four dates to date and I’ve understood the importance of the live dimension, that’s the step that makes you an artist. With the help of Universal and my collaborators, I have prepared a show that will see me, also thanks to Sanremo, more experienced and experienced. It will be a mix of old and new.
One of the themes of Stupid it’s doing huge things but then looking for beauty in small things especially in the field of human relationships.

Many love songs may seem trivial but that’s the way it is; Stupid expresses concepts that may seem like it but aren’t, I find it hard to tell myself in words and I hope that in music it will be better for me.
Do you feel the competition?

I come from sport and I feel the weight but I’m proud of everything football has taught me. I’ll try to do my best, aware that music isn’t just Sanremo and therefore I have my own journey to make. Obviously I don’t ignore the ranking.
Can you anticipate something about the duet?

I can’t say anything except that I’m proud and excited. In the world of dreams I would have liked to duet with Fabrizio De André. I can add that it is one of the most loved songs in my family. Valeriano Chiaravalle will be my conductor and I add that playing with the orchestra makes you understand all the work done to get there.
What is music for you?

It is pure expression. To those starting out today I say that you need to present yourself in the simplest and most transparent way.
Are you feeling pressured?

That of feeling stupid compared to those who sing before and after me.
Do you also write in English? What will happen after the Festival?

Yes, absolutely, even if now I’m focused on writing in Italian. If things go well maybe maybe they will come out…indeed one day, without notifying anyone, something in English will come out. Meanwhile I’m thinking about the new record, a mature work that talks about me: I’ll let the music do the talking.
Will you follow FantaSanremo?

I’ve been a fan of it since before it went mainstream. I’ll play along and right now it seems more hype than the Festival itself. Music is also fun and FantaSanremo reminds us of this.