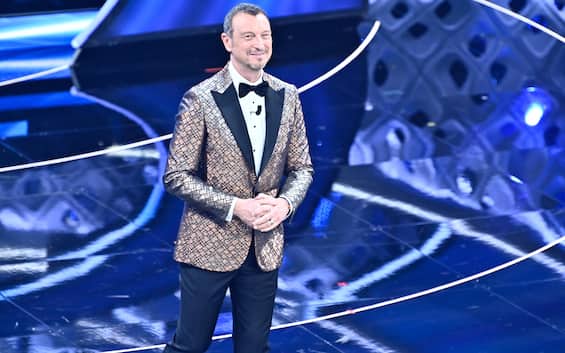 Not only Gianni Morandi. The co-host of the Sanremo 2023 Festival will be joined on the Ariston stage by two illustrious colleagues on Wednesday 8 February, Al Bano and Massimo Ranieri, for an evening that will pay homage to the great Italian song. Amadeus announced it on Sunday 8 January during Tg1: “The trouble – joked the host and artistic director of the Festival – is that I told everyone that they will be the only super guests on the second evening, Wednesday 8 February, and in the end all three will be together for the first time. So I fixed it. It’s a big event.”

“During this month of January we will be able to see each other more often – Amadeus said speaking on Tg1, suggesting that new announcements will arrive – because there is just over a month left before the start of the Festival, exactly on 7 February. There is important news to announce. I said that among the guests there would be great Italian singers, and I made a mess”. Then three videos started after his words, the first with Al Bano: “Thank you to Amadeus for inviting me as the only super guest on the second evening. I am also pleased to celebrate my 20th birthday 4 times, so much happiness”. The second with Massimo Ranieri: ”Thanks Amadeus, I’m happy to be the only super guest on Wednesday evening”. And finally Gianni Morandi: “Thank you Ama for having me with you to lead the Festival. But my greatest joy is also to be the only super guest of the second evening of the Festival”.

“THEY’VE NEVER BEEN ON STAGE TOGETHER”

Then Amadeus explained the mystery: “The trouble is that I told all three the same thing, that they would be the only super guests on the second evening of Wednesday 8 February. Now we’re giving the Sanremo audience a great gift, all three of them will be together, it’s a great event, never happened before. They will be together on Wednesday 8 February on the Ariston stage with their great successes. So we made up for my little mistake with something that has never been seen before. Many things are about to close, we will see each other again ”.