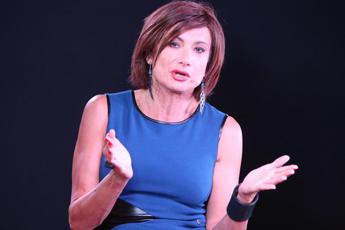 The Diocese of Ventimiglia – Sanremo distances itself from the Christian Song Festival after the announcement by the artistic director Fabrizio Venturi of the participation of the former parliamentarian and LGBTQ+ activist Vladimir Luxuria. This is the second edition of the Christian music event, scheduled in Sanremo on 9, 10 and 11 February 2023, in conjunction with the Italian Song Festival.

Venturi’s invitation to Vladimir Luxuria came after the same, in the show ‘BellaMa’, broadcast on Rai2, hosted by Pierluigi Diaco, had stated that she had “become a Catholic again, because God welcomes everyone”, adding: “I didn’t feel worthy of being so because of my sexual identity, then Don Gallo convinced me that I shouldn’t question my faith in God. I went back to going to mass and taking communion. I thought I wouldn’t be accepted and, Instead, they welcomed me with open arms.”

The Sanremo Cristian Music Festival for its second edition has also obtained the patronage of the Liguria Region, signed by the President Giovanni Toti, and of the Province of Imperia, signed by the Honorable President Claudio Scajola. But the Diocese, led by the bishop of Sanremo and Ventimiglia Antonio Suetta, who in the first edition had supported and sponsored Venturi’s initiative together with the Municipality of Sanremo, this year moves away and writes on the website: “Jubilmusic is today the only official initiative of the Diocese of Ventimiglia – San Remo in the Christian music sector, which, starting from the event that has just ended, is already looking forward to the 2023 edition, which will be held in November next year. has currently granted and cannot grant direct or indirect patronage or any form of support to other Christian music initiatives other than Jubilmusic, which were organized in Sanremo in 2023 or in the years to come. an ecclesial character, without any recognition, connection or support from the Diocese of Ventimiglia – San Remo or from other realities connected to it nor any an insertion in the pastoral paths of the local Church”.