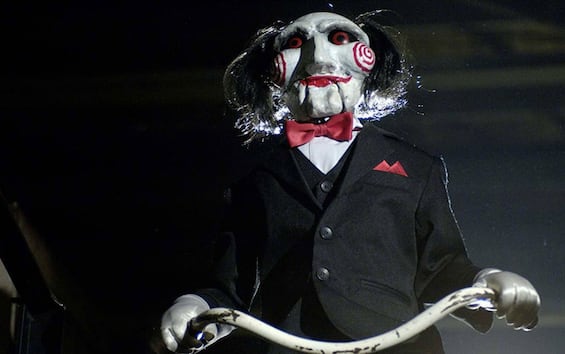 Horror movie lovers will be happy to know it’s coming a new chapter in the saga of Saw, the tenth. After the spin-off Spiral – Saw’s legacywhich arrived in theaters in 2021, Lionsgate and Twisted Pictures have announced that they are working on a new episode of the franchise.

Saw 10what do we know

Of course the information regarding the tenth chapter of Saw there aren’t many. The film will hit theaters on October 27, 2023 (ahead of Halloween) and will be directed by Kevin Greutertalready behind the camera of Saw VI And Saw 3D – The final chapteras well as editor of the first five films and of Saw: Legacy. The plot has not been revealed, but Lionsgate said the film will win “fans’ hearts and other body parts with new twisted and ingenious traps and a new mystery to solve”. Therefore, this new chapter will hardly deviate from the mechanisms that made this horror saga famous, in which Jigsaw and his followers have fun playing torture his victims with complicated and painful games. “We listened to what the fans were asking and are working hard to make a film that fans of Saw and horror fans will love it in equal measure, ”they stated Mark Burg and Oren Koules. “Part of that is giving the reins to Kevin Greturt, director of Saw VIwhich is an absolute fan favorite, ”they explained, promising new details soon.

Saw is a splatter-themed horror film series created by James Wan and Leigh Whannell in 2004. The first film was a resounding success: Against $ 1 million spent on making the film, it debuted earning $ 18 million on its opening weekend alone, and a total of $ 103 million worldwide. The saga also launched the director’s careers James Wan and writer Leigh Whannell, and gave Hollywood a new iconic cinematic monster, the creepy puppet on the tricycle, Billy. Since the first villain, John Kramer, has died in Saw III, the role then passed to his other apprentices, demonstrating how the power of this ruthless killer is in fact independent of his identity. Subsequent episodes of Saw enriched with blood and splatter scenes, adding elaborate traps and increasingly convoluted mechanisms. In general the takings of the films of the saga they have always been quite high, totaling $ 976 million. That’s why it is by no means certain that the tenth, highly anticipated chapter of the franchise is also the last.