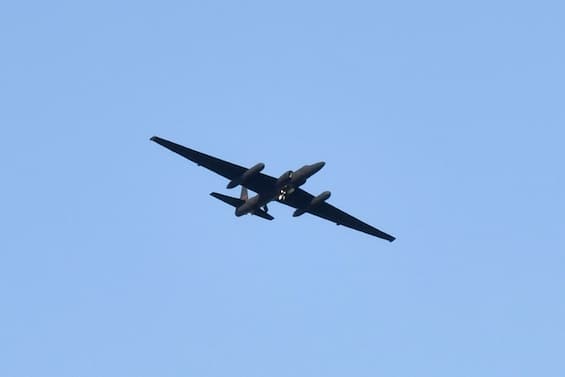 LONDON – That China’s ability to penetrate the British fabric is an element of concern is certainly not new these days. For years, donations to the most prestigious universities in the United Kingdom (Cambridge in the lead) from the East have been viewed with growing suspicion, which have allowed the opening of entire departments led by professors who appeared a little too pro-Chinese. Just as in the past we had already told of Beijing’s ability to reach Westminster, to enter the heart of British political power. However, the news that Beijing has hired former pilots of Her Majesty’s Armed Forces to train Chinese soldiers, after a hefty salary, represents a novelty that hits the security of the United Kingdom to the heart. Or rather, it is a novelty for the general public, because this phenomenon, Deputy Minister James Heappey revealed today, has been a cause for concern for the Ministry of Defense for some years now.

According to various British newspapers, at least thirty former British pilots (of the Air Force, the Army and the Navy) were recruited for the training of members of the Chinese People’s Liberation Army, with the main purpose of learning how to defeat planes. and military helicopters. A treasure trove of information delivered to those who, in terms of defense, cannot be considered a friendly country. And it is striking that people who have served their own country have made themselves available to help another that is considered potentially a danger for purely economic reasons: 240 thousand pounds (about 280 thousand euros) the amount of the engagement.

A legislative vacuum to fill

The thirty former soldiers, on average in their fifties or so, who said yes to the proposal did not in any way violate British laws, but the competent minister told the press that a clear legislative gap will be filled and that the compatriots are have been urged to cease this collaboration. Recruitment would not take place directly, but through an aviation academy based in South Africa. The use of confidentiality contracts and confidentiality agreements is being revised to prevent certain episodes from recurring in the future. The goal is to make them fall under the Official Secrets Act, which prohibits the sharing of state secrets with other countries.