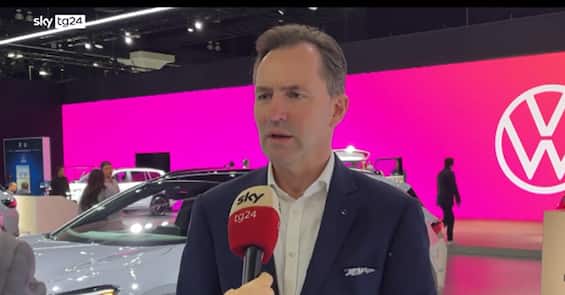 At the Los Angeles auto show, the number one of the German group Thomas Schafer sums up a very complicated 2022 between war in Ukraine, expensive energy and delays in chip supplies, but explains his optimism for 2023. Volkswagen is ready for the electric challenge launched by the EU Commission

There are already signs of recovery in the auto sector in the last few months of 2022, sales are growing despite delivery times still suffering from delays in the supply of microchips, the recovery of the sector will continue and will strengthen in the next year, which could register a growth between 0 and 5%: so the CEO of the Volkswagen group, on the occasion of the international car show in Los Angeles, to the microphones of Sky Tg24. The group brought just one big novelty to the Californian event, the Porsche 911 Dakar, also available in the colors of the legendary car that won the most famous dune rally in the world in 1984.

The German manager is not worried about the feared ‘Chinese invasion’ in the electric sector (“competition is good for the sector”, he says, referring to the advent of Japanese manufacturers) and is not asking for protectionist measures to protect European brands. On the Community objectives of stopping heat engines from 2035, Schafer does not ask for postponements: “we will be ready”.