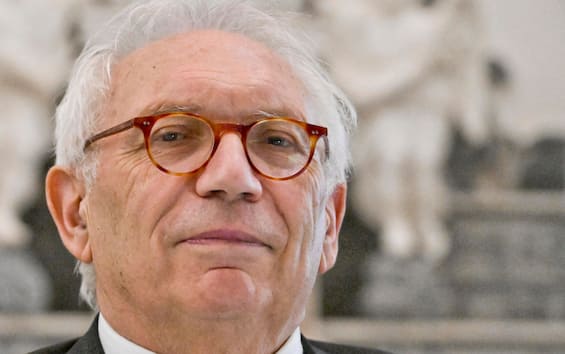 The Minister of Education guarantees: “The school world will not hold back on environmental education”, but “the whole country must change its attitude”. And he underlines: schools “have always done their part”, but on emergencies “they don’t have to pay first”

The “short week is important if it is part of the didactic plan and not as an energy saving measure. The didactic function of the school must become central again”. Thus, on Sky TG24, the Minister of Education, Patrizio Bianchi, commented on the hypothesis of a shorter week at school to deal with the country’s energy problems (ALL NEWS LIVE).

“Schools have always done their part”, the minister later recalled, who guaranteed: “The school does not hold back, but we must not start from it. The whole country must change its attitude” on the environmental front. And he recalled: “On emergencies, the school does not have to pay first”. In the short week it was “never talked about in the Council of Ministers – explained the minister – but I consider it if it is part of a didactic plan and not for energy savings”. “Schools in their autonomy can talk about it, but not in terms of energy saving, if this is a possibility that allows us to think about school, about school time – he reiterated – not as an emergency response, but as a didactic choice. of schools “.

While on the numbers of teachers available, now that a new school year is starting, Bianchi said: “Last year we hired 61 thousand teachers. This year over 50 thousand have already been hired and others are in the process of being hired. Then there are the support teachers in derogation “. But, according to the minister, it is the demographic crisis we are witnessing in Italy that is the real problem to be faced: in 2 years, he explains, almost 300 thousand students have been lost. Furthermore, “in 10 years, by 2031-32, there will be 1.4 million fewer students”. In the meantime, to stem the emergency and guarantee support for families, “5 billion euros have been invested in crèches”, he adds.