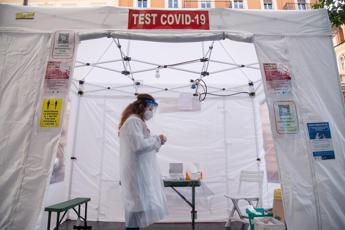 “We do not know if it is working or not”, the announced expansion of the capacity to process molecular swabs carried out at home by military mobile teams also thanks to the involvement of eleven Defense molecular biology laboratories already present in eight Regions. “Nor have we been told which regions are involved, with which laboratories and where it is possible to resort to home testing. Since the announcement of November 30, the schools of Lazio (which in Rome have laboratories at the Celio and the Institute of Medicine aerospace – ed) have not received specifics. Perhaps the Local Health Authorities have been informed, but generally they also forward the information to us in order to simplify management and direct families “. He talks about it with Adnkronos there president of the National Association of Principals Cristina Costarelli who adds: “in schools there is great uncertainty. We are in a moment of non-definition. Nothing has changed compared to before”.

“Management remains difficult – he underlines – as we had anticipated. Some ASL resort to quarantine after the molecular swab and three positives, or two in primary school; others instead immediately activate the isolation after the rapid; still others activate the quarantine for the entire class after only one positive swab. Zero tests still not all done on the same day. So waiting for the swabs to be completed, all at home. There is no resolution of the situation. And we have no news of the screening intervention plan regarding schools asked by Prime Minister Mario Draghi to General Francesco Paolo Figliuolo “, designed to increase the activity of rapid verification of any cases of Sars-CoV-2 infection within classes / groups, facilitating the continuation of educational activities in presence.