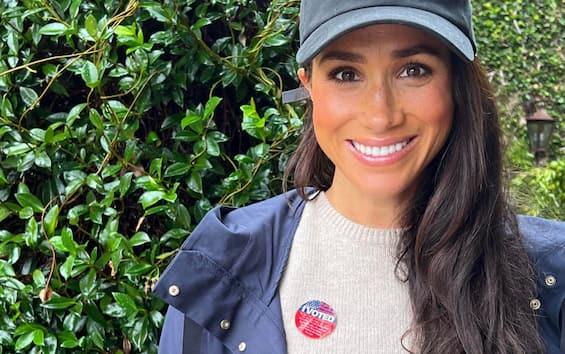 LONDON – Just like Diana decades ago, Prince Harry has also often been branded a “paranoid” for his constant concern about having to protect himself and even more so his family. As “the result of the trauma of the loss of his mother” or even a simple “whim” many have dismissed his insistent request to have police protection in the UK, when visiting, even now that he is no longer entitled to it. Harry has always had some reason, according to Scotland Yard’s former number two, Niel Basu.

The rapid growth of right-wing extremism

Interviewed by Channel Four, the former “assistant commissioner” for special operations defined the threats received by Meghan Markle from members of the English extreme right because of her skin color as “disgusting and very real”. And Basu is not just any agent. He was at the forefront of sensitive circumstances such as the Manchester and London Bridge terror attacks, as well as the poisoning of former Soviet spy Skripal and his daughter in Salisbury. The former anti-terrorism number two also points out that right-wing extremism in the United Kingdom is currently “not the biggest threat, but the one with the fastest growth”. Analysis also shared by the internal secret services of MI5. The policeman concludes: “When I joined counterterrorism in 2015, the workload related to right-wing extremism was about 6%. When I left, in 2021, the 20”.

Systemic racism within the police

In 2020, at the time of protests following the death of African American George Floyd at the hands of the police, Basu spoke openly of “institutionalized racism” within the British police system, openly criticizing other police officers who had been reluctant to share the same position.

Harry and the frost with father and brother

So beyond the chill that fell within the British royal family for the choice of the Dukes of Sussex to move to the United States, not feeling supported on such a delicate issue must have certainly played a role in distancing Harry from Charles and William . Sure, the wayward prince can certainly afford a private escort, but it’s not that hard to imagine Harry making it a matter of principle as well.