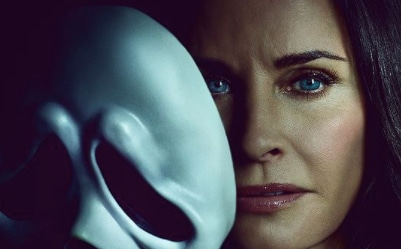 The wait is almost over. In a few weeks the new chapter of the iconic saga will land on the big screen, the appointment with Scream 5 in the cinemas of the United States of America is in fact set for the beginning of the new year, more precisely for January 14, 2022.

In the past few hours the account Instagram official of the franchise has published the character posters of the protagonists immediately receiving great acclaim so much that it already counts tens of thousands of likes and numerous comments.

A post that immediately intrigued the public. Neve Campbell, Courteney Cox (PHOTO) And David Arquette they are the protagonists of the three character posters that anticipated the distribution of the film, this is the text in the caption: “It’s time for a killer reunion”.

Great success also for the official poster of the film that will arrive about twenty-five years after the release of the first iconic chapter.