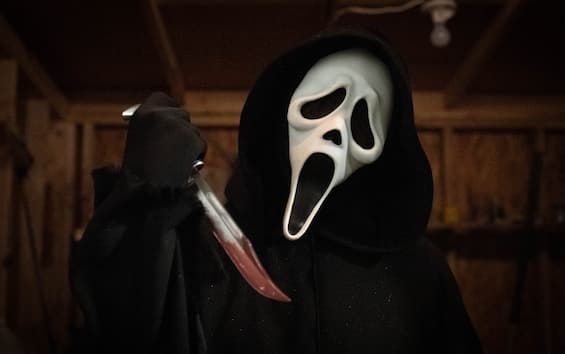 In these hours the official trailer of the Scream VI (by almost everyone written as Scream 6even if the original title sees six written in Roman numerals: Scream VI, precisely). It is the highly anticipated new chapter in the horror film saga, a chapter that is even more anticipated in the wake of the success of the television series Wednesdaygiven that in the cast of this sixth act of the filmic epic that makes Ghostface a cult of the nightmares of all of us there is really her: Jenna Ortega.
The protagonist of the Netflix record show (also visible on Sky Q and via the app on Now Smart Stick) – the one directed by Tim Burton and dedicated to the Addams family’s eldest daughter – will once again play the character of Tara Carpenter.

Paramount has just released the trailer for this new notch marked in the saga born way back in 1996, when Wes Craven kicked off one of the most popular slasher media franchises ever, currently made up of six films and a television series (but certainly destined to rise more and more).

In these first images we see a Ghostface to say the least unleashed, with a bloody fury that perhaps has never seen precedents in the saga. The trailer also offers a small look at Jenna Ortega and saga veteran Courtney Cox, the latter as the now legendary Gale Weathers (a role she reprises from previous films in the epic).
Scream VI sees the return of Melissa Barrera, Jenna Ortega, Mason Gooding and Jasmin Savoy Brown from the previous film, as well as Hayden Panettiere reprising her role from Scream 4.

You can watch the official trailer of Scream VI in the video that you find above, at the head of this article.

The only key character in the saga who will be missing will be Sidney Prescott, the protagonist of the previous films played by Neve Campbell. In June 2022 the actress stated that she would not be returning to play her character because she was not satisfied with the amount that the production had offered to re-cast her.
“I didn’t feel that what I was being offered equaled the value I bring to this franchise, and have brought to this franchise, for 25 years,” Neve Campbell said at the time. “And as a woman in this industry, I think it’s really important for us to be liked and to fight to be liked.”

You can watch the official trailer of Scream VI in the video that you find above, at the head of this article.