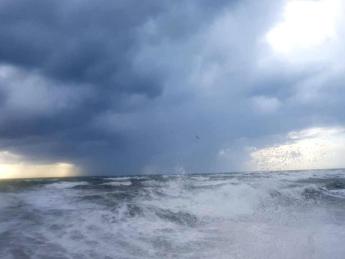 “Severe weather deterioration, to say that administrative procedures can be done is nonsense”

The idea of ​​a request for asylum on board humanitarian ships, to root the responsibility of managing rescued migrants on the flag State, rests on “an error and a mystification: to call the ‘castaways’ ‘migrants’. it is a fact that interrupts the intention to migrate: the shipwreck and the rescue done by some willing in the absence of public institutions. guilty of encouraging irregular immigration in our country “. So Gregorio De Falco, former senator and frigate captain, intervenes with the Adnkronos repeating with determination: “If we do not give the right name to things it means that we are complicit in a hoax. The so-called ‘migrants’ should be called ‘castaways’ : as such, they must be rescued as established by international law and harmless passage and therefore entry into territorial waters are applied to them. night”.


“Talking about the right of asylum – continues the former senator – means trying to circumvent international conventions on the law of the sea. But it is not the Minister of the Interior who determines who enters or does not enter the territorial sea, Piantedosi is not the Minister of Merchant marine “, the frigate captain alludes. It is possible that the asylum request is forwarded directly by the NGO ships to the flag states, so that Italy grants the right to disembark in our ports and then sends the people to the European country to which the request was sent. hospitality? “The castaways can ask for protection and asylum from ships, if those ships are in all respects equivalent to the territory of the State. But in all respects only military ships are comparable – he replies – Among other things, I remember that the rules of the Navigation Code apply to all ships, excluding the military and that Italian ships on the high seas are considered Italian territory, while on the contrary in national waters they are no longer so “.

De Falco then reads the weather forecast for the next few days: “Serious deterioration. To say that administrative procedures can be done with a stormy sea is nonsense for those who have never been to sea. The ship is not a municipal registry office. Navigation is an activity by nature risky. At this moment the risk is real “. (by Roberta Lanzara)