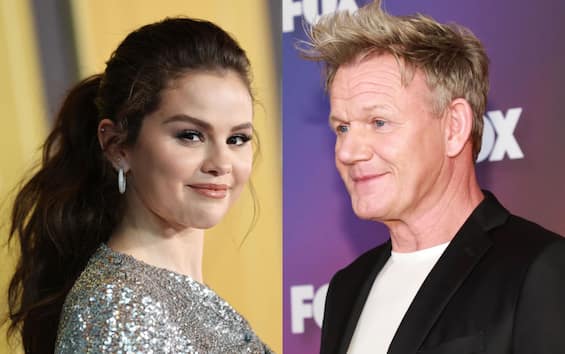 In our country it is not very well known but Selena Gomez is the hostess of a very popular cooking show in the United States, in which the singer and performer learns to cook with the best chefs of the moment. In the last few hours, the trailer for the fourth season was released, which revealed the guest of excellence of Selena Gomez: Gordon Ramsay. The well-known cook, protagonist of an endless series of television programs also broadcast in our country, will make a surprise visit to the singer: he will be Selena Gomez’s first “live” guest after three seasons in which she preferred to interact only remotely. The first episode of the fourth season will air starting August 18 on HBO Max.

The trailer for Selena + Chef

Who has already been able to follow one or more episodes of Selena + Chef he knows that the broadcast is being recorded inside the kitchen of Selena Gomez’s splendid villa in Malibu, a summer residence where the singer retires for the holidays with her family. In the trailer that has been released in the past few hours, Selena Gomez presents her family with the list of chefs who will help her make her recipes. In particular, the singer will focus on summer dishes which, on the advice of the chefs, will have to be elaborated with imagination and with increasing difficulty. Selena Gomez is not a master cook and this aspect is not hidden in the program, on the contrary: her poor culinary skills are one of the main elements of the story, which the singer will have to overcome with the help of the chefs and, in the fourth season, counting on valuable contribution by Gordon Ramsay. The chef does not appear in Selena Gomez’s first list of chefs but she will surprise her door without distorting her well-known nature.

Like so many other ideas, even that of putting Selena Gomez in the kitchen was born during the pandemic, when almost the entire planet was in lockdown. Many have tried the path of home cooking, but not all of them are Selena Gomez. Thus, a format born on social media has become something more important over time. From the early stages of the program, Selena Gomez was able to count on the support of the greatest chefs who accompanied her in the study of more or less complicated recipes. Her unfamiliarity in her kitchen has allowed the public to identify with her, not perfect and not professional. In that period, many felt close to the singer and began to follow her deeds in the kitchen, replicating the recipes that, if they were feasible from Selena Gomez that she wasn’t that good, then they were within everyone’s reach. Much of Selena + Chef’s success is contained here.