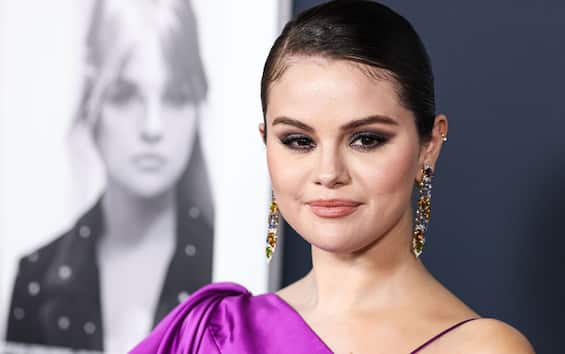 There are friendships so strong and deep that they feel the need to be sealed with something strong, unique and eternal. They must have thought this Selena Gomez and Nicholas Peltz when they decided to get the exact same tattoo as a sign of perennial friendship. Of course, the two girls are not the only ones to have made this decision and the chronicles are also full of friends who, after a quarrel, have decided to cancel those tattoos or replace them with something different. But between Selena Gomez and Nicola Peltz the relationship seems more solid than ever, at least for now.

The two friends have chosen social media to show their bond to the world, further strengthened by the new tattoo, apparently made a few days ago. In fact, the two spent the New Year’s holidays together in a fabulous location, in the Tropics, together with some friends. With them also Brooklyn Beckham, son of David and Victoria, as well as husband of Nicola. It is probable that the tattoo was made during those days, as no one had ever noticed it previously. To make it more evident, the two took a photograph joining their wrists and showing the same writing “Angel”. It is not clear whether they refer to each other, but what is certain is that it is the same tattoo as a symbol of a friendship that the two hope will be eternal. But there’s more, because to further seal and underline their union, Nicola and Selena Gomez chose to wear the same dress for the photo shoot, a silver sequined Valentino minidress.

“Thank you @maisonvalentino for me and our «angelic» dresses! Sounds like a fairy tale to me! And thank you @isabelalysa for making us beautiful!” Selena Gomez wrote under the photo in question, which inevitably got a lot of likes. Nicola Peltz’s reply was not long in coming: “I love you my angel, forever”. For Selena Gomez this is the second known matching tattoo, after the one done just a year ago with another beautiful from the world of entertainment, Cara Delevingne. In that case, the two friends got the same rose tattooed.