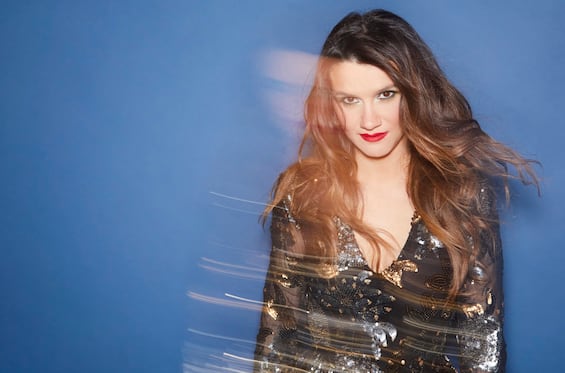 The inspiration for the piece was born while I was watching the film “Loro” by Paolo Sorrentino (although my favorite Sorrentino film with Toni Servillo is actually “Il divo”). Immediately after seeing it, I reflected on the interdependence that is often created in an artistic couple, as well as in personal relationships; from here the basic idea of ​​the song was born and I wrote down the first lines of the refrain: “So say it, as Sorrentino would do without Toni Servillo…”. The song also talks about the search in the other for glimpses of similar wounds in which to recognize oneself, in which to feel at home because they are also ours, in which to be lost and confused until becoming one. Both in art and in relationships, each addendum of this sum shapes the other and on the other is shaped in the search for a salvation tailored to escape from the fortress of one’s own solitude, and often only in this dimension of mutual necessity do we feel to have staged our life, as a finished work, to remain in the cinematic theme.

Among the pieces I have in the pipeline so far it is the only one for which I did not have a very clear idea of ​​arrangement, the version I liked best was in acoustic, piano and voice, and it seemed to me that it already worked. I was lucky enough to have it produced by maestro Taketo Gohara and played by exceptional musicians: Alessandro Asso Stefana, Niccolò Fornabaio and Francesco Colonnelli. The piece is representative of my ironic-dreamlike poetics as I like to define it since I am passionate about anagrams. It is a pop ballad with a retro flavor in which a romantic melody blends with ironic and bittersweet images, within a musical texture that creates a soft and timeless sound.

I find the dress that came out in production very fitting with an almost motown bass line and a very open sound. In the video of the song a real lady good evening, the “fairy” Maria Giovanna Elmi catapults us into the 80s, announcing on TV the broadcast of the video clip of “Toni Servillo”. I, therefore, intone the song as if I were an anchorwoman who gives the news from behind the desk of a TG, alternating in some scenes with my “homologous announcer”. The part that I enjoyed the most is the rain scene, even though it was late March and I died of cold, the directors did it masterfully, just think, using a water pipe connected to a fountain. I chose this piece as my debut single because it is among the first that I wrote, now four years ago, and because I find it an excellent business card representative of my production, even if soon others will come out that tell very different facets and souls. .