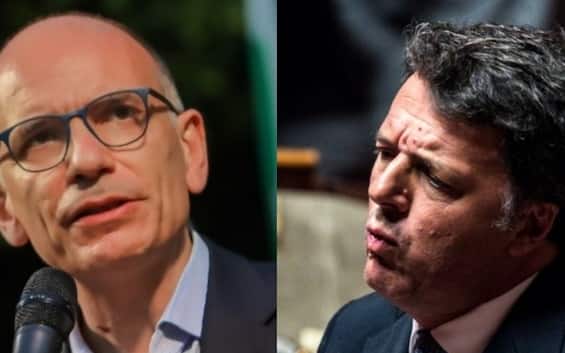 The Pd secretary thus comments on the election of La Russa as president of Palazzo Madama, which was not attended by most of the Forza Italia parliamentarians but for which 17 votes from the opposition were decisive

“Irresponsible beyond all limits the behavior of those senators who have chosen to help a majority already divided and in difficulty from the outside”. This is the comment of the Pd secretary Enrico Letta on the election of Ignazio La Russa as president of the Senate. “Today’s vote sadly certifies that a part of the opposition is waiting for nothing but a majority” (TOWARDS THE NEW GOVERNMENT, LIVE UPDATES). In the vote that led to the election of La Russa, a large part did not participate Forza Italia parliamentarians The new president of the Senate was elected with 116 votes: in addition to 99 (from Fdi, Lega, Berlusconi and Casellati and the two centrists), 17 are sought to complete the picture.

The replicas of Matteo Renzi and Carlo Calenda

The eyes are focused on Matteo Renzi, who has nine senators, on Carlo Calenda, while someone also makes fun of Enrico Letta’s Pd. Certainly, both Renzi and Calenda assure that they voted blank ballot: “I would have claimed it, it wasn’t us”, says the former premier who adds on Twitter: “Today we in the Senate voted blank ballot. The election of La Russa was born from an internal settlement of accounts on the right and even before that from the crazy strategy of the alliances of the Democratic Party and Enrico Letta “. He is also echoed by the leader of Action who replied directly to the dem leader and his post of accusation on the part of the opposition that “is waiting for nothing but to enter the majority”. “Yes Enrico. Yours. We don’t have nineteen votes. And since these things always come out in the end, I suggest you delete this tweet. It will age badly.”

“We entered this Parliament guaranteeing citizens that we would work in their exclusive interest, with discipline and honor. This is our compass, this is the spirit that guided us on the first day of the classroom” commented the leader of M5S Giuseppe Conte on Facebook, stigmatizing the vote that saw part of the opposition converge on the election of Ignazio La Russa. “While the first Palace games begin in the courtroom and someone is preparing for a fake opposition, the 5 Star Movement immediately filed some priority bills for the country: from measures against the carobollette to the minimum wage, from the fight against the mafia to the ecological transition and the defense of public health – he continued -. Urgencies on which the 5 Star Movement has made a commitment with the Italians . A commitment that we are determined to honor without sparing “.

“That the opposition helps the majority in the election of the President of the Senate at the first vote is an act of pure self-harm. The majority part split and in this way, unfortunately, also the opposition. We should recommend some courses to everyone. of political formation “. Pier Ferdinando Casini stated in a note.

The dem Dario Franceschini leaving the Chamber commented that voting in favor of La Russa were “people who do not know what politics is: there was an opportunity for the opposition to embarrass the majority by starting the legislature with a very strong split. Whoever has been does not understand anything about politics “.