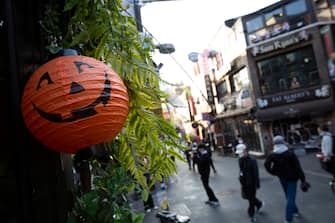 The deaths linked to the throng created in the night in Itaewon, in Seoul, at an event for celebrate Halloween: this is the latest update provided by the local authorities, according to which the victims of foreign nationality have gone from 19 to 22. But what are the causes behind what happened?

From South Korea, Renato Reggiani, science journalist and eco-sustainable communication expert, told Sky TG24 that, according to various testimonies, some people would have enjoyed pushing yelling “push, push” to fuel the crowd

The disaster has happened in the nightlife district of Seoulwhere it is estimated they were amassed up to 100,000 people, mostly teenagers and in their early twenties, clogging the narrow alleys of the area. Reggiani recalled that “There is no organizer of the eventit was practically self-managed, with no one responsible for safety, despite it being an event largely predictable “

It is also important to understand what happened the logistics: most of the crowd poured into a gently sloping alley, 45 meters long by 4 wide, a side street of the Itaewon-ro power plant. It is a gut that connects Exit 1 of the subway station to World Fod Street, full of clubs

On one side is the Hamilton hotel wall, on the other there are bars and shops. The tight spaces therefore they would have contributed to feed the throng on an evening where the influx of people was exaggerated, on the first night of Halloween free from Covid-19 restrictions

Police he did not expect a larger crowd than in previous years. No reinforcement it was therefore scheduled for Halloween night. As the Corriere della SeraBrian Higgins, who teaches Emergency Management at John Jay College of Criminal Justice in New York, told the New York Times that from the videos and testimonies of the survivors “it is quite evident that the security forces they didn’t have enough staff and that they did not have an emergency plan ”

Besides, there would be too a lack of understanding of the massacre that was taking place. The gravity of the situation was not even grasped by those in the immediate vicinity. There are many testimonials from people who they tell of people filming the crowd

Meanwhile, South Korean President Yoon Suk-yeol said the events “shouldn’t have happened”. And he swore to “investigate thoroughly” on the accident and the adoption of every measure to avoid the repetition of such a tragedy. Yoon further stated a period of national mourning

PHOTOS OF THE AID