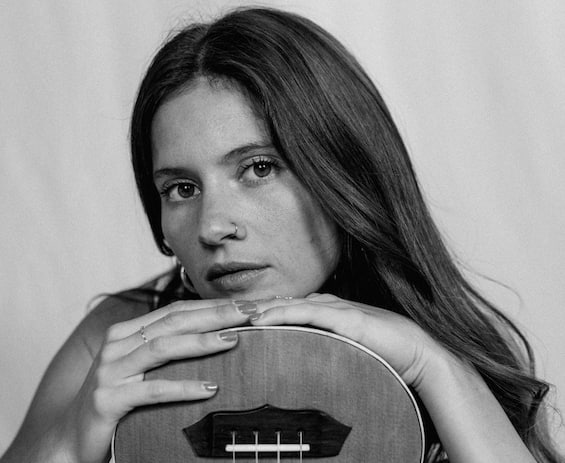 The heat ignites creativity and art. Because among the approximately 250 singles listened to for Individually, my column on the best songs of the month, I could not go below 17, an absolute record since the beginning of the year. And that’s good news because it means that not only good music is there but it also sprouts. My favorite piece is Lemonade from Serepocaiontasborn Serena Ionta, who accompanied by her faithful ukulele and with the support of the multi-platinum producer DSonthebeat (Daniele Silvestri) who in the time of a song has declined the contrast between the sweetness of exquisitely summer atmospheres and the harshness of a sentimental disappointment that, a bit like the sour drink, is difficult to swallow. But, says Serena, all is not lost and she relies on the motto if life gives you lemons, make yourself a lemonade.

Serena let’s start from the single: why Lemonade for summer 2022?

It comes from a recently lived story that I wrote straight away with my producer, a bitter story that I took with philosophy. And then it must be said that lemonade is a drink that conveys freshness; I got a good response from friends too.
You don’t listen to yourself Tooth…what does it mean? If it is a quote to the artist why Giuseppe Peveri?

Yes, he is my favorite Italian singer-songwriter. I’m talking about a relationship that doesn’t meet expectations, when you try to please yourself in everything and don’t see an answer. You propose Dente and on the other side you snort: you don’t even go along with my songs and I put your playlists in loop.
To get the sour out of your mouth, is it better to go on a date with a steed or on a bicycle?

The bike has its why. I’m a fan of it, I don’t like being too pompous; what I want to communicate is that even those who are not princes have their reasons.
You’re all a bit of a flaw: wasn’t this awareness enough to overcome the disappointment?

It could have been enough but the turning point is when I also discover that I have my faults and in the end I discover it. In the first draft of the writing I could not give a key to understanding everything with philosophy. We both have to get off the pedestal as well conveys my being a little flawed.
What do you say, just playlists in general in life?

Continuous. I’m a huge fan of it. I had prepared one to launch Lemonade which has helped me a lot by having pushed it with social channels. I will not delete them anymore!
Would Snow White with a King be another fairytale? Do you have a favorite story?

The queen who poisons apples and poisons her blood does not aspire to conquer the king… it is as if it were not necessary. I mean that we are independent and autonomous on our own, it must be remembered every now and then. I am fond of Cinderella, as a child I watched her in loop. I alternated it with the Gabbianella and the Cat of Sepulveda who always made me cry. A pain to see her fly away and abandon the cats, I love them and I have two.
Being included in Spotify’s Indie playlist is certainly a satisfaction, but given your long-term eclecticism do you think it could become a limit?
There are songs also inserted in different moods. Being on editorial playlists is a beautiful achievement. Of course, then I don’t want to get stuck on genres. Now, on the other hand, a good time to mix, to contaminate.
In your free moments, like now that you are on vacation, what do you listen to?

I listen to a lot of jazz, from Sarah Vaugham to Frank Sinatra to Chet Baker and Ella Fitzgerald: it’s my holiday mood. I grew up there and they keep me company without engaging my mind. They keep me company in a discreet way, then maybe I opt for the Indie as an aperitif.
How was your passion for ukulele born?
By chance it then consolidated over time. I bought in Milan during the university period at Bocconi. I was lonely, my boyfriend was on his way to celebrate his graduation. I saw some tutorials and it was a great discovery and low cost too. Then over the years I have taken more beautiful ones. On social media, I see older people following my tutorials and then buying it. I have never abandoned him.
How much did the London period affect your artistic training?

On a musical level I was firm, I worked to support myself. After two years, out of the five that I lived there, I found a friend, Gennaro Ricciardone, who had attended music school with me and we started a small duo. We did online activities, we were Le Salopettes. He is now a jazz song, he is a professional.
What can you tell me about the collaboration with Leonardo Pieraccioni? The song is The doubt and you make a cameo … you know that. The song accompanies a key moment of the protagonist, Don Simone. Are you a person who lives with doubt? Are you a believer?

I am a believer even if now I do not have a reference parish. But I had them in Latina and Milan, until before leaving for London; I have frequented them and I am proud of them, I have met people who are always close to me. Now I do digital marketing from Monday to Friday and I wonder if it is the right path, the doubt is that but I also say that it is the situations that make you understand which is the right path. A vocation must be followed whatever it is. The results come in small steps and it is the small steps that make you take long walks.
I found no trace of the song Economics…

On instagram there are videos from more than a year ago when I proposed it for an Ikea festival. They are found somewhere. It tells of a moment of awareness, with all my friends doing consultations while I was locked in a room making songs. There are 5, 6 wandering and I don’t know if they will ever be recorded in the studio. In the lives I do them because I am fond of them, they say very true things about me.
How did your stage name come about?

The nickname was given to me by my classmates in high school. It is the crasis of my name and surname, Serena Ionta, with the addition of Pocahontas with moreover it has nothing to do with me even in terms of appearance. Those friends are still in my life.
What will happen in the coming weeks?

I have some concerts for private events. Before the holidays in Milan I made some now if we talk about it again from September. Then there is another single which will be released in October and which I am writing with my producer Daniele Silvestri aka DSonthebeat. Plus I have a 13 year old sister who throws me on Tik Tok!