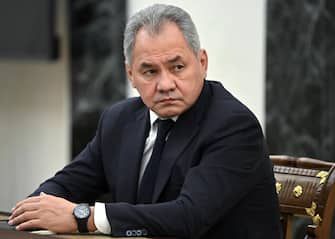 “Russia’s sovereignty is guaranteed by its army and fleet,” he said after the 2014 invasion of Crimea. Today, 8 years later, Russian Defense Minister Sergei Shoigu he is engaged in a new war, the one against Ukraine, always alongside President Putin of whom he is one of the ‘most loyal’

WATCH THE VIDEO: Who is Sergei Shoigu, Russian Defense Minister

Shoigu, 66, has a very close relationship with the head of the Kremlin. As the Bbcthe two also go to hunting and fishing together in Siberia (pictured, in 2021). And, in the past, Shoigu was seen just as one of the possible successors of the Russian leader

For the writer and security expert, Andrei Soldatov, the Minister of Defense “is not only responsible for the military assets, but also for part of the Russian ideology” which “is mainly based on history, and he is in control of the narrative”

Putin and the “Nixon strategy”, doubts of analysts and politicians: insane or does he act by calculation?

Shoigu’s leading role is also evidenced by the fact that, according to what has emerged in recent days, it would be he who had the second of the nuclear codes needed to launch Russian atomic rockets. The other two keys are in the hands of Putin and the joint chief of staff

Shoigu comes from autonomous republic of Tuva, from mixed family: father of the native Turkic tribe e Ukrainian mother. He has a degree in civil engineering from the Krasnoyarsk Polytechnic Institute

In the photo: in 1998, with the then Russian Prime Minister Sergei Kiriyenko

Then came promoted to Defense in 2012 by Putin. And he hasn’t moved since, periodically renewing his post. In the photo, Shoigu in 2012

Now, in the Ukrainian question, it is one prominent figure. It was he who, among other things, oversaw the Russian military exercises that were held last month in Belarus, just before the invasion of Ukraine.

Shoigu is one of the staunchest supporters of the aggression in Kiev. March 1, commenting military action of Russia, explained that Moscow will continue the offensive in Ukraine until achievement of “all objectives”