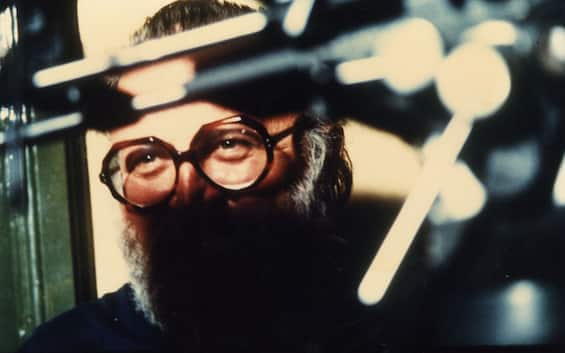 “Cinema must be entertainment, this is what the public wants. And for me the most beautiful spectacle is that of the myth. Cinema is myth. ” Thus spoke Sergio Leone, the father of the Italian western, the first post-modern director, but above all the man who invented America, as the title of the documentary signed by Franceso Zippel and presented at the Venice Film Festival states ( LIVE). A work that is above all an act of love towards an author who took seven films to enter the empyrean of the seventh art. A tribute that Leo himself would have liked.

It was a real challenge to create original and powerful content about a director who has been written about a lot, as well as the focus of several documentaries. Yet, “Sergio Leone, the Italian who invented America” ​​conquered Venice and succeeded in the enterprise. The merit is above all of the many, very precious testimonies. Starting with those of the children Andrea, Francesca and Raffaella, flanked by interviews with directors, actors, industry professionals and film critics of the caliber of Clint Eastwood, Martin Scorsese, Jennifer Connelly, Steven Spielberg, Quentin Tarantino, Frank Miller, Darren Aronofsky, Ennio Morricone, Damien Chazelle, Eli Wallach, Arnon Milchan, Jacques Audiard, Tsui Hark, Carlo Verdone, Dario Argento, Giuliano Montaldo, Gian Luca Farinelli, Sir Christopher Frayling, Noel Simsolo, Enzo Di Liberto, Fausto Ancillai. An authentic Parterre de roi, an overview of voices and faces that guide the viewer to discover the world of one of the most important and revolutionary authors of the big screen.

Perhaps Sergio Leone is really the last great silent film director. An author capable of impressing the primeval power of the seventh art in every frame. A sort of Prometheus of the camera capable of illuminating every scene with the sacred fire of passion. Growing up on bread and Hollywood, Leone has maintained over time the infectious enthusiasm of the child towards images but at the same time has peppered his films with abundant doses of irony. A world-builder, a brilliant demiurge who has been able to reinvent the western genre, without resorting to such archetypes as the Native Americans or the gold rush. Excluding the anthology of the skewer of anecdotes that populate the work (from the working title of “Per un fugno di dollars” to Henry Fonda’s black contact lenses in “Once upon a time in the West”) Sergio Leone, the Italian who invented America returns all the contagious enthusiasm, all the overwhelming energy of a cultured and visionary genius. A source of inspiration for the most diverse authors. And between the piercing sound of a harmonica and a telephone that rings endlessly, between the immortal music of Ennio Morricone and the face of Eli Walach, once again we will understand that “dreams are not sold” but are remembered thanks to masterpieces like “The Good, the Bad and the Ugly”. And even if we “go to bed early” it is wonderful to wake up with the knowledge that there are films that you will never forget. Once upon a time there was Sergio Leone and, thanks to his cinema, he will be there forever.