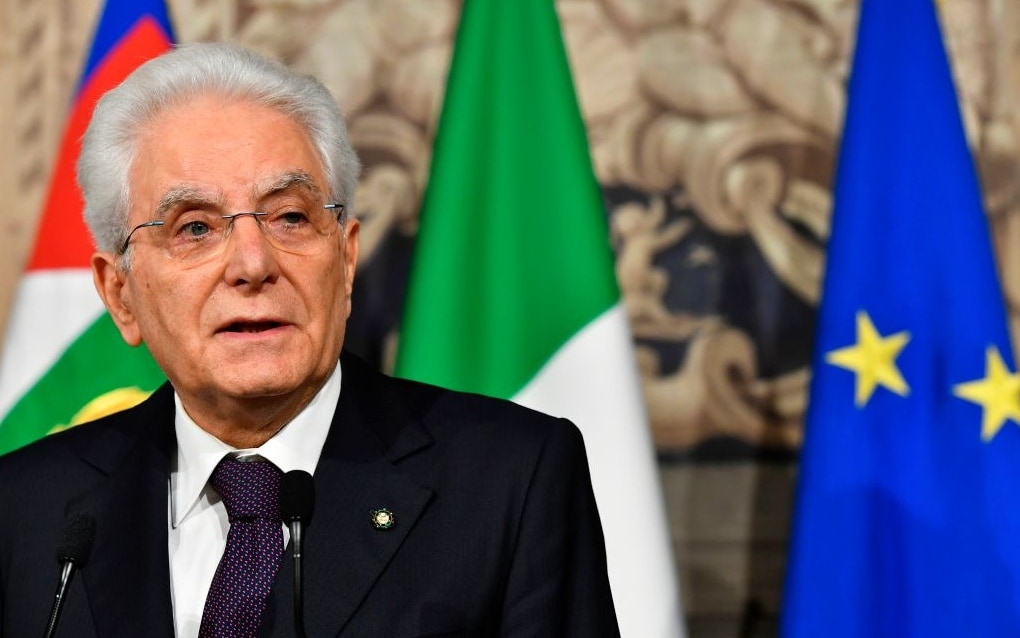 The term of office of the President of the Republic ends on February 3, 2022. A seven-year period among the hardest in republican history, between political and economic crises and pandemics, which saw as many as 5 governments with different majorities. Now Parliament will meet again in joint session for what represents the most important election: the next Head of State

Arbitrator and guarantor of the Constitution. Sergio Mattarella had thus presented himself to the Chambers on the day of his inauguration, on 3 February 2015 after being elected, on 31 January, with 665 votes on the fourth ballot. A speech interrupted 42 times by the approval of Parliament. President of all, as he had promised from the beginning. In difficult moments, when the video goes viral, released by mistake, in which his spokesperson suggests that he fix his hair before resuming the recording of the message to the Italians in full lockdown. In the most beautiful moments, cheering on Italy in the months of great Italian successes, from the European football championships to Wembley, to the triumphal Olympics (HOW THE HEAD OF THE STATE IS ELECTED – THE POWERS OF THE PRESIDENT – HISTORY OF THE ELECTIONS AT QUIRINALE).

From the Consulta to the settlement

Catholic and attentive to social issues, poverty, the weakest and the young, always present in his speeches. Shy but with great humor, the Mattarella man has always combined austerity, seriousness and moderation with temperance and pragmatism. He chose politics after the family drama of the barbaric killing of his brother Piersanti at the hands of the Mafia. That policy then abandoned in 2008 to continue the legal experience that culminated at the highest levels with the election in 2011 as judge of the Council.

Government experiences and the Mattarellum

Christian Democrat and son of art, of one of the founders of the white whale. He was the first Sicilian president to lead the Quirinale. Member of Parliament until 2008. With experience of government several times: Minister of Defense, and Deputy Prime Minister, in the D’Alema government (the “naja”, compulsory military service, was abolished under his management). Also remembered for the push for the birth of the first majority electoral system (renamed, in fact, “Mattarellum”), his has always been a clear impartiality, even if lived with incisiveness in the institutional choices.

The seven-year, between grace, simplicity and rigor

Simplicity above all. Like that language of actions and the pedagogy of gestures. From the first day lived as President: a walk to go to Mass, a meeting with citizens, along the road. “Pray for me that I may be an instrument for the good of the country”, he said to a group of nuns who greeted him. Simplicity as in the days of the election lived in the family, or for that scheduled flight taken to return to his Palermo, up to the renouncement of the pension as a university teacher.

He never liked shouted politics. And he made no secret of it in the course of his life. Contrary to the useless “increase in decibels” to pass one’s reasons. A firm and gentle guide, present but without a desire to be protagonist. Ready and decisive at every crucial moment in the life of the country. Mattarella immediately represented a milestone for the institutions, for his fellow citizens: young people, families, workers. Like a father with a discreet or determined presence when necessary. Also for this reason, in order to keep in touch with the society that was evolving over the years, he did not fail to baptize the social era of the Quirinale: the Palazzo and the institutions on the net, among the new generations. With numbers (such as those achieved in the last year-end speeches), contacts and followers never seen before for an institution.

His has always been a true impartiality even though lived with incisiveness in institutional choices such as, and not only, on the occasion of the constitutional referendum that led, in December 2016, to Renzi’s resignation as prime minister and that pressure in asking for an early vote. opposed to prevent the country from returning to the polls without an equal electoral law for the House and Senate. Its seven-year period was perhaps one of the most complicated in republican history. Fragility of the political system, the advent and, at times, the upper hand, of social networks over parties in an identity crisis, major international changes, new diplomatic relations, the difficult moments experienced by the judiciary, and, indeed, government crises. After the resignation of Renzi and the Gentiloni government, in 2018, the most difficult moment comes with the political elections: the 88 days that led to the formation of the yellow-green government, Count I with, in the middle, the Savona case, rejected all ‘Economy by the President, and the request for impeachment, which was never actually formalized by the pentastellates. Mattarella’s firmness closes the circle. Until the following year. When Salvini blows the bank and from the yellow-green he passes, in the height of summer, to Conte II under the yellow and red guide.

Reference point during the pandemic

During the second Conte government, however, the terrible months of the pandemic arrive. The Executive holds up in the darkest period. But it wears out in the face of enormous difficulties. And Mattarella just has to play the last institutional card, the most prestigious: Mario Draghi. Always at the forefront during the darkest months and beyond. Among the symbolic places of the country, ready to encourage and recommend caution. To take the country by the hand and guide it towards recovery, indicating the path of caution and responsibility, inviting us not to miss the opportunity won in Europe by the Next Genereation Eu and those funds that are essential for the relaunch of Italy.

Mattarella and the great international leaders

In his 7 years at Colle he experiences great international changes, baptizes new diplomatic relations, mends worn-out relations. But there is also firmness and pragmatism. Like the one used to defend Italy’s reputation: in the piqued reply to the governor of the ECB Lagarde, who with her hasty affirmation had frozen Italy by braking any hypothesis of a reduction in the spread in the midst of the pandemic and economic crisis, she says: ” from Italy it will be useful to everyone in the fight against the coronavirus solidarity is expected not to hinder. “To the address of British Prime Minister Boris Johnson and his gaffes towards us, he sends to say that Italians are not only free but also serious.

On the front line, he reconnects relations with France, after the misunderstandings with the first Conte government. Look to the East, to that Europe close to us. He pushes European leaders towards a common defense policy, asks to continue on the path of integration, together with the friend Germany of President Steinmeier. He makes Italy’s voice heard with Putin’s Russia and Trump’s America, asks for Obama’s US support in Libya. Foreign policy crucial in the many trips and relations with the chancelleries. But above all there is the strong closeness with Pope Francis. From which he returns for his farewell visit. Many meetings between the two during the presidential term. Always in full and total harmony.

The difficult years of justice

In the midst of the many political crises, he finds himself having to manage other delicate events linked to Justice: the internal wars between magistrates and the intermingling with politics that emerged from the “dirty robes” investigations. As President of the CSM, the self-governing body of robes, he asks for impartiality, rigor and sobriety for a role that is and must be a service he always remembers, first of all to the country.