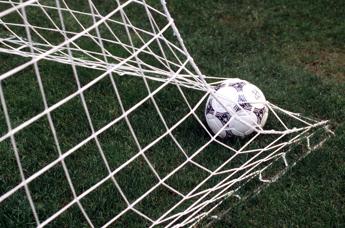 The 18th round of the championship starts on Friday

Naples, Spalletti at the press conference

Luciano Spalletti spoke on the eve of the internal championship match against Juventus, this is an excerpt from his statements: “I understand that it is convenient for Allegri to play as supporting actor, but for a Juve always stuffed with champions it is impossible to hide from the role of favorite, certain investments pay off only by playing for the Scudetto and winning the Champions League. It’s useless to put on a hat or a fake beard, there’s no fourth place that satisfies Juventus”.

Inter, 5 at risk forfeit with Verona

The Nerazzurri infirmary is buzzing: today Calhanoglu, Barella, Lukaku and Brozovic worked on a differentiated basis, instead he limited himself to Handanovic therapies. If for the Turk there are hopes of a call-up for Saturday against Verona in the championship, as well as for Barella, they are heading towards Lukaku and Brozovic forfeit who are also at risk for Wednesday’s match against Milan valid for the Italian Super Cup. The next training sessions will clarify the conditions of the players mentioned and coach Inzaghi will resolve any training doubts.

Given the unavailability of Arnautovic, Barrow will act as a central striker in Udinese-Bologna. In fact, today Barrow returned to group training in Casteldebole after recovering from the injury. In any case, there are chances of having the Austrian striker back available as early as next week, so for Thiago Motta it’s just a buffer solution to be exploited on Sunday at the Dacia Arena.

Two months after the knee injury, Gerard Deulofeu is ready on Sunday to return to the limelight with the Udinese shirt. The Spanish striker could already savor the taste of the pitch from the first minute, but not having minutes in his legs he could start as owner to play only one half and make way for a teammate at the start of the second half.

More than a few aches and pains for the Salento people. Pay attention to the conditions of Banda and Ceesay: the former was already re-aggregated to the group on Wednesday, while the latter continued his differentiated work today too. Mister Baroni should therefore confirm both Di Francesco and Colombo in the trident with Strefezza against Milan on Saturday.