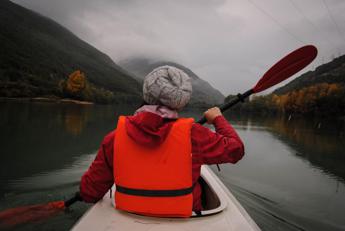 Igers in a new incredible project, for the promotion of the Marche region

Five stages for the new edition of #RestartidaiSibillini, the social tour sponsored by the IgersItalia association and born in October 2016 to support the structures and associations in the Marche region affected by the earthquake.


From the Mambrica Refuge in San Severino Marche to the Agriturismo Arcera in the medieval village of Forcella, in the Roccafluvione area. From the paradises of flavors of La Conca to Smerillo and Casale Fabrizi to Cingoli, passing through a real immersion in biking thanks to OH! Outdoor Hostel San Lorenzo di Treia (PHOTOGALLERY).

The creator of the project is Luca Tombesi, promoter of the territory through his blog raccidellostomaco.it. “For the seventh consecutive year we have created a team of instagramers, bloggers and journalists capable of giving voice to numerous entrepreneurial and cultural realities of the Marche Apennines, in particular in the provinces of Ascoli Piceno, Fermo and Macerata”.

Trekking and walks, visits to museums and farms, workshops and tastings: these are the activities that 12 communication experts will talk about between Saturday 5 and Sunday 6 November through various social platforms. “It will be a very intense program that awaits our guests – adds Tombesi -, during which they will be able to reconstruct the personal and professional experiences of those who have chosen the internal areas to carry on their business. #RipartidaiSibillini was and remains a non-profit project, which continues thanks to the support of the whole microcosm of our region which has made quality and hospitality its polar stars ”.

One of the many projects of the Italian community, all dedicated to the promotion of the territory as much as to the union of photography, culture and travel enthusiasts.

Pietro Contaldo, president of IgersItalia, concludes by noting the commitment carried out by IgersMarche. “This community has always supported #RipartidaiSibillini, even during the very difficult period linked to the pandemic. It is the sign of the special attention that our members from the Marche have for their territory, the distinctive trait of a team that immediately after the terrible shocks of 2016 chose to support, absolutely free of charge, people and companies affected by involving in this solidarity initiative influencers in the tourism and culinary fields from all over Italy “