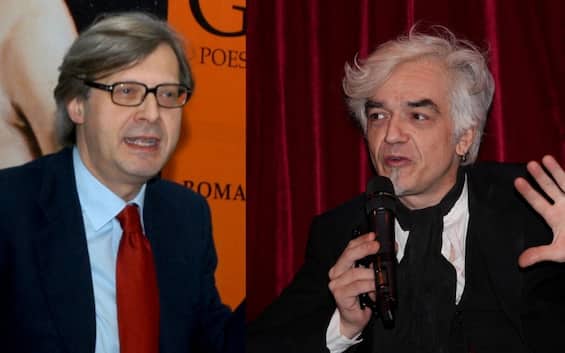 “My mission will be conservation”, said the art critic, who added: “We need to create an ad hoc department for music”, a sector for which he has already thought about the figure of Morgan. The comment of the singer: “He talks about real valorization”

The art critic Vittorio Sgarbi was appointed Undersecretary for Culture by the Council of Ministers of the new Meloni government (GOVERNMENT, THE SUBSECRETARIES APPOINTED IN CDM: WHO I AM). In an interview with Repubblica Sgarbi expressed some ideas that he intends to pursue in his new role, first of all the establishment of a department for music, a sector for which he has already thought about the figure of Marco Castoldi, in art Morgan. “We need to create an ad hoc department for music, which must be accompanied by art, and he will have a role. Morgan – underlined Vittorio Sgarbi – is a man of great intelligence, he is a free man, he does not hide behind rhetoric. of fascist / anti-fascist slogans “.

Marco Castoldi commented on Vittorio Sgarbi’s appointment as Undersecretary for Culture, defining it as “a proof of great intelligence on the part of the Government”. “Meloni – added the singer – has made the right choice and everyone must be happy with this choice, not just those in favor of the Government because all Italians will benefit from it. Sgarbi’s project is that of a true rebirth of Italy. ” Morgan in the words released to the AdnKronos press agency did not refer to his possible role in the music department mentioned by Sgarbi, but commented on the art critic’s project stating that “there is no talk of castles in the air but of true enhancement: of the landscape, heritage, artists and creativity. Italy – he concluded – is a cultural center and this enhancement of culture will be our great weapon to recover and take back that position that seemed now lost: the hegemony of Italy not only with respect to Europe but with respect to everything else. of the world”.

Vittorio Sgarbi made his position within the new government clear: “I entered into the share myself”, he said. “I have never been on the right, I am an anarchist. And in this government I am a plus”. Regarding the contribution he intends to give to Culture, the critic in another interview with Corriere stressed that his “mission will be conservation”: “We must preserve, not move, alter, disrupt, destroy. of dry stone walls the photovoltaic. Just as you cannot destroy the Tuscia by putting the photovoltaic fields in place of the vine and the olive tree. There are fundamental principles that must be respected “. Vittorio Sgarbi then commented on the collaboration with the Minister for Culture Gennaro Sangiuliano stating that it will be peaceful: “He is conservative in the most ideological sense while I am conservative in the proper sense of the term”.