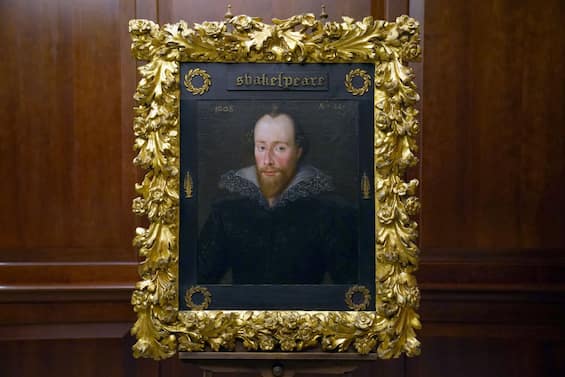 A portrait believed by some experts to be the only image of William Shakespeare (1564-1616) painted during his lifetime has been put up for sale for more than £10m and will go on display in London. The owner, who wishes to remain anonymous, has put the work up for sale by private negotiation without an auction.

Work of a court painter

The painting is by Robert Peake, court painter to King James I, and is signed and dated 1608. Prior to 1975, the picture hung in the library of an aristocratic house in northern England, once the home of the Danby family. Since then it has been under new private ownership. The initiators of the sale claim that the links between Shakespeare and Peake are “extensive” and that the artist was regularly commissioned to paint the portraits of high-ranking members of the court and society. In addition, the artist was commissioned by the Office of the Revels, which oversaw the presentation of plays, and worked on premises in Clerkenwell, London, where some of Shakespeare’s plays were rehearsed.

So far only two paintings by Shakespeare, both posthumously, are generally recognized as valid portraits of the great English playwright: the engraving which appears on the title page of the ‘First Folio’, published in 1623, and the sculpture of his funeral monument in Stratford-upon- Avon. Thus a debate arose in the British press about the value of the painting.

Experts divided on the portrait

Art expert Duncan Phillips, who studied the work with a view to the sale, said: “There is more evidence for this portrait of Shakespeare than for any other known painting by the playwright. It is a monogrammed work and dated, painted by a senior portrait painter with ties to the artist who produced the image for the First Folio The picture has survived the last 400 years with almost no wear and tear thanks to the ownership of a family of Shakespeare enthusiasts who he hung in his own library”.

However, Shakespeare expert Michael Dobson told the “Daily Mail” that the hypothesis that the painting is by the Bard is “unrealistic”.