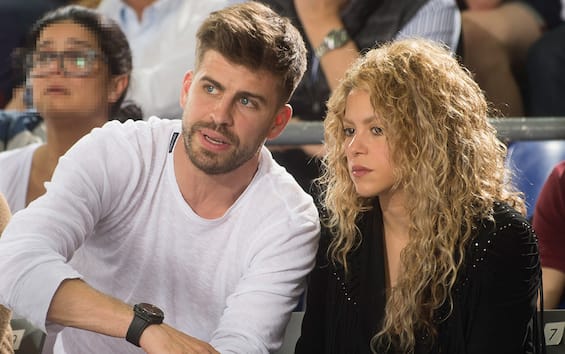 The famous social network of short videos, TikTok, has chosen to ride the trend inaugurated by revenge song by Shakira against her ex-husband, Gerard Piqué.
Let’s talk about the now famous song in which the pop star sings the words “you traded a Rolex for a Casio, you traded a Ferrari for a Twingo” (track title: BZRP Music Sessions #53).

In these hours a new theme has landed on TikTok: a filter that shows whether the user is a watch or the other, a Rolex or a Casio precisely. For level playing fieldtherefore a filter is expected that determines whether a user is a Ferrari or a Twingo…

Shakira, Piqué, Clara, the Twingo, the Ferrari, the Casio, the Rolex… the famous Colombian singer has managed to create an incredible soap opera, something that in the seven notes had no precedent. More than in the seven notes, in the gossip linked to these, that’s it.

It all comes from what is already a mega hit: BZRP Music Sessions #53 is Shakira’s recently launched track in which the artist sings them to her ex. And with her “she sings them” we mean both inside and outside the metaphor, since she tells him four (this time really four: Rolex, Casio, Ferrari, Twingo)

The reason for his anger set to music? It seems that he cheated on her. In addition to picking on him, Shakira is also picking on her: the young model with whom the Spanish footballer would seem to have cheated on her when they were still “happily” married.

The woman who has entered the crosshairs of Shakira’s singing bullets is the footballer’s new partner, the Spanish model Clara Chia Marti, 23 (we emphasize age because it seems to be one of the points that piss off Shakira the most, despite her 45 years should not in the least envy those 23 of the new sweet half of the ex).
The singer from Barranquilla (Colombia) compares herself to a Ferrari and a Rolex (therefore to something extremely luxurious and therefore more valuable, according to Shakira) and instead defines her ex-wife’s new flame as a Twingo and a Casio ( something much less luxurious than Rolex and Ferrari, and according to Shakira therefore less valuable).
The countless episodes of this soap started from those associations onwards, with a lot of him proudly showing off the Casio on his wrist and showing up for training at the wheel of a Twingo (you can watch the videos attesting to the Casio and the Twingo of Piqué at the bottom of this article, since it’s actually unbelievable The reason why it’s unbelievable is because we’re talking about two people who share children anyway, so these jokes and circus sketches could spare them and spare them ).

Joining the chorus – or rather: the soap opera – is one of the brands “affected” by this sentimental battle in a muy spicy vengeful sauce: Casio.
In these hours, the brand of the watch that Shakira would like to define as “trash” (or rather as far from being something of extra luxury as it would be she and her wrist equivalent, the Rolex) has also taken the field.

Casio’s marketing department outdid themselves, tweeting the following: “Shakira, we may not be a Rolex, but it’s clear our customers are loyal.” These words tweeted by the parent company of the legendary digital watch went around the world in a matter of minutes. And from today Casio will therefore also be the parent company of ingenious irony.
“This watch is for life,” said Gerard Piqué showing the Casio watch (which he now wears firmly on his wrist, almost like a new wedding band that binds him to his new partner) after his ex-wife brought it up in the lyrics of the song and in the video made together with the Argentine DJ and producer Bizarrap.
Just in response to that song, Piqué promptly proudly announced an advertising partnership with Casio. But a few hours after that announcement, a statement appeared on social networks in which Casio denied the partnership, siding with his ex-wife Shakira. However – yet another twist – that press release is a fake: when the Colombian singer’s fans discovered that it was a fake (after having rejoiced for hours because in the “war of the Roses” between the two ex-spouses he finally seemed to have accused a tough coup), they were enormously disappointed and regretted.
Casio’s fake press release read the following (because, to tell the story, we have to tell you about this musical-football soap opera in every detail by now): “On Friday 13 January 2023, various versions circulated on social networks about a sponsorship of Casio towards a project directed by Gerard Piqué. Through this statement, Casio completely dissociates itself from these statements. So far there has been no agreement for such sponsorship or interest in carrying it out. We publicly request Gerard Piqué to stop using our trademark without permission and avoid making statements that do not favor us in order to prevent legal action.In regards to the opinions sparked by the song released by Shakira and Bizarrap, we show solidarity with the unfortunate situation that the singer has experienced and, although we are neutral on the situation of the two involved, we appreciate the mention of the brand that has benefited us so Mr useful as a marketing and positioning strategy”.

Ah, we forgot an episode of the soap opera: Shakira placed a witch’s puppet in front of her ex mother-in-law’s house. Topping it all off is her single in rotation, piped in a loop in the verse where she sings: “You left me next door to my mother-in-law / With the press at the door and the exchequer in debt / You thought you hurt me and made me tougher / Women don’t cry anymore, women bill”. Not even the most imaginative screenwriters of television series and films could come up with such an absurd plot, it must be admitted.

As the promised land of new social trends, TikTok certainly could not avoid riding the wave. Given that Shakira’s song is viral, proposed in every sauce (via lip sync, choreography, memes and so on and so forth), the social network has seen fit to combine the viral with the pleasant. The viral for them it is equivalent to profit, and with useful we mean not only the literal sense of the term…

“Maybe it’s because the filter is purposely designed to make everyone feel at the top of the range but… rarely do you come across people who reveal that they have obtained the Casio as a result” notes Alessia Morosini in an article recently published in Vanity Fair. “Or perhaps it is the users themselves who refuse the association and continue to use the filter to exhaustion, until the Rolex appears. Who can tell”, adds Morosini on VF.

Below we show you some of the countless TikTok videos in which the filter that says if you are a Rolex or a Casio ticks, chosen among those of local stars (such as Andrea Delogu and Luca Argentero) and international stars (such as the Mexican musician Paco Ayala ). And at the bottom of this article you will also find Casio’s tweets, as well as videos showing Gerard Piqué with a Casio watch on his wrist and driving a Twingo car.