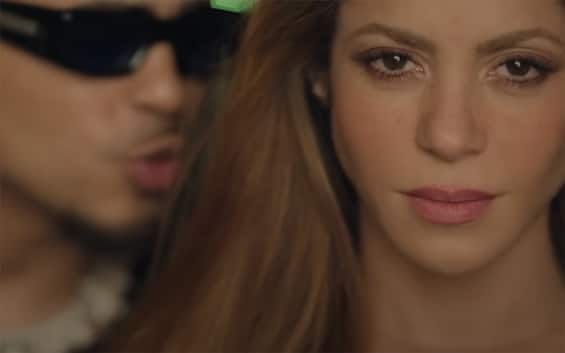 Shakira is back with a surprise with a new song. Monotony is the title of the song that the South American singer made with the star Ozuna. Deferred launch for Shakira, who decided to preview the song on digital platforms and only the day after it did it go to radio rotation. Shakira has also already released the video, a sign that with this song she really wants to hit her mark, probably because for her it represents something more than a simple song to be sent on the radio and to be spread. In addition, the video was directed by Shakira herself together with Jaume de la Iguana, with whom she has been collaborating for some time.

The message behind Monotony

And just take a quick look at the lyrics to realize why Shakira wanted to put so much attention on this song and immediately released the video. A hidden message, but not so much, is behind her words and certainly the recipient of that message understood very well that he was the person affected. That he is none other than Gerard Piqué, the husband from whom she separated, seems guilty of having repeatedly betrayed her until the marriage was wrecked. The bachata Monotony is the second single of Shakira’s next project and follows the success of the last single Happy you along with Raul Alejandro who topped the Billboard Latin Airplay chart earlier this year. Even in that case, it was impossible not to read in the words of Shakira’s song a reference, not too veiled, to her private and marital vicissitudes with the footballer.

The meaning of Monotony

For someone, Monotony it represents Shakira’s revenge against Piqué but, more than a revenge, we can speak of a further outburst of anger towards her ex-husband. “I was running for someone who didn’t even walk for me. This love is not dead, but there is nothing left of what was there before ”, Shakira sings and it is impossible not to grasp the reference to the player. A reference that also appears in the following stanzas, when the Latin singer intones: “You have forgotten what we have been. you left me for yours narcissism“. But the highlight of this text, which perhaps more than others brings out all that Shakira has undergone and felt in her heart and soul in the hottest moments of separation, and which is probably still not dormant, is another: “You are as cold as at Christmas”. However, continuing to read the lyrics, there comes a time when, at least in part, Shakira seems to ease the position of Piqué, who is never mentioned in the song anyway: “It was not your fault, nor my fault, it was the fault of monotony “.