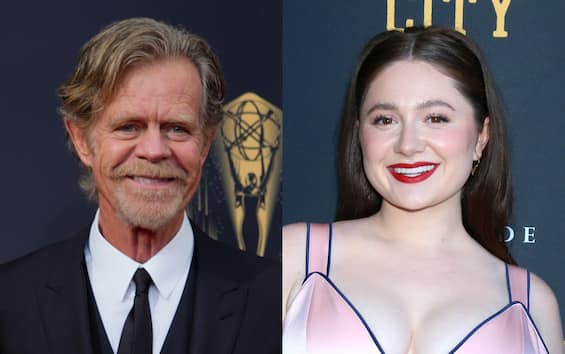 Shameless it is undoubtedly one of the series that has been most successful in recent years and there is no doubt that much of the consensus also comes from the cast. The actors who participated were a fundamental part and it is no coincidence that, today, part of them was called to act in The Conners. In Italy this title may say nothing to most but in the United States it is one of the most successful recent series. Produced by ABC, in our country it has not yet landed on any digital platform or channel but it is not excluded that, given the ratings and the engagement of the product, it will not also land in Italy, also because it is a series that was born as a sequel. of the cult Pappa and Ciccia (original title Roseanne), record-breaking fiction of the Eighties / Nineties.

Who are the actors of Shameless in The Conners

In the fixed cast of the series he appears Emma Kenneywell known to the public because at just 12 she was chosen to play Debbie Gallagher, daughter of Frank, in Shameless. Due to its characteristics, it quickly won the trust of the public and professionals, so much so that in 2018 it was called to be part of the tenth season of Pappa and Ciccia, aired 21 years after the end of the ninth. Here, Emma Kenney plays Harris Conner Healy, the grandson of the main character. The revival of the mother series does not get the expected success and so is canceled but Emma Kenney finds space in the spin-off The Conners in the same role. Different speech for Ethan Cutkoskywhich in The Conners he only made a cameo in one of the last installments. In Shameless plays Carl Gallagher. But the name that most of all could arouse surprise is that of William H. Macywho in a fifth season episode will play Smitty, one of Dan’s best friends. William H. Macy in Shameless he is the father of both Emma Kenney and Ethan Cutkosky.

Plot of The Conners

The Conners is a very popular product in the United States, where it is broadcast by the ABC broadcaster. Numbers in hand, it is one of the most successful comedy series in America, although few bet on its hold on the public after the failure of the revival of Pappa and Ciccia. In the current season, it has been announced the entry of a guest star who has been part of the cast of Pappa and Ciccia but, precisely to keep the hype high and create curiosity around the product, which is confirmed as one of those that most manage to attract the attention of the public.