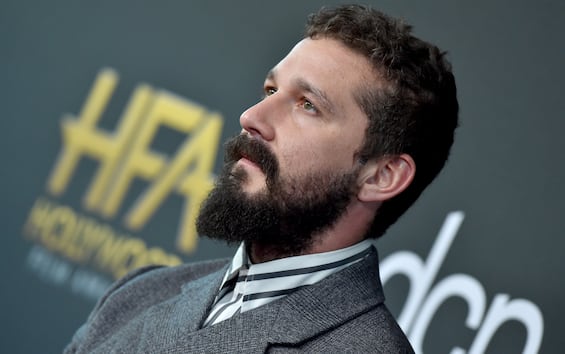 Shia LaBeouf is currently busy on the set of the new film directed by Abel Ferrara dedicated to Padre Pio.
The hit star comand Disturbia, Surf’s Up And Transformers he takes on the role of the saint of Pietrelcina and in these hours the first images of LaBeouf’s transformation for script needs have been shared.

About a year ago it was announced that Ferrara, after his thriller on the pandemic titled “Zeros and Ones”, would dedicate himself body and soul to a biopic of Padre Pio. Almost immediately Shia LaBeouf was announced as the protagonist. “A casting that assumes a certain level of perverse meta context, considering its recent allegations of abuse” writes journalist Jordan Raup in the US magazine The Film Stage.


Raup refers to the fact that in 2020 LaBeouf was accused and sued by FKA Twigs (his ex-girlfriend) for sexual assault and abuse. In the cast of the film there is also Willem Dafoe (no accusation of abuse hangs on him, to tell the truth).

You can look at the first photos of the film with Shia LaBeouf in the role of Padre Pio at the bottom of this article.

Abel Ferrara had already thoroughly explored the life of Padre Pio in a 2015 documentary entitled “In search of Padre Pio” (original title: “Searching for Padre Pio”).
This time he wrote the biopic himself, together with Maurizio Braucci (screenwriter of Pietro Marcello’s “Martin Eden”).

The new Ferrara film “will follow the status of Padre Pio as a symbol of hope for the Italian people during the difficult period between the two wars of the country and exposure of the stigmata”, continues Jordan Raup on The Film Stage.

About the casting choice, Abel Ferrara said: “For Shia, he began to know Pius just as he was discovering his own Christianity. With this film he took a dip in the dark, he threw himself. He went to live for months in a monastery, shared time with his brothers. It was a very powerful discovery, “explained the director.

In August 2021, a video on Instagram had testified to the work that Shia LaBeouf was doing with some friars to get more convincing in the role. Father Hai Ho, one of the friars with whom the actor lived and collaborated, testified everything with a video on the social network (which we propose again at the end of this article).

During the shooting of the film, Abel Ferrara talked about his relationship with Pio da Pietrelcina, born Francesco Forgione. “It was my father who told me about Padre Pio,” said the director, recalling his days in the New York church when he was a child. “I immediately understood that only in these places could I make a mystical, mythical, but also true and real film. I tried to enter Padre Pio’s heart, to understand who he was, his history, his spirituality. We came here to understand the miracle and a miracle is happening ”.

With that “here” Ferrara refers to Puglia, a region where Padre Pio was not born (he was born in Pietrelcina, in the province of Benevento, in Campania) but where the church of Padre Pio stands, also known as the sanctuary of San Pio , that is the place of Catholic religious worship of San Giovanni Rotondo, in the province of Foggia, in the territory of the archdiocese of Manfredonia-Vieste-San Giovanni Rotondo, dedicated to Padre Pio of Pietrelcina.
The film follows the life and works of the religious during the period between the two wars and the exhibition of the stigmata.
The biopic on Padre Pio will probably be presented in the fall. Although there is still no official news regarding the premiere, it is thought that it may be premiered at Venice 79.
In an interview last month, Ferrara revealed that he was planning to travel to Ukraine to shoot a documentary: “I feel I have to do it”.

Padre Pio, aka Francesco Forgione, “is one of the most beloved saints by Italian Catholics, although there have also been various controversies around him over the years”, writes the journalist Davide Di Francesco in the magazine Ciak.

Died in 1968 at the age of 81, he was beatified by John Paul II in 1999 and then became a saint in 2002, “one of the fastest canonization processes seen in the Catholic Church”, continues Di Francesco.

Waiting to see the biopic directed by Abel Ferrara, here are the first photos from the set that reveal what LaBeouf will look like as the saint.