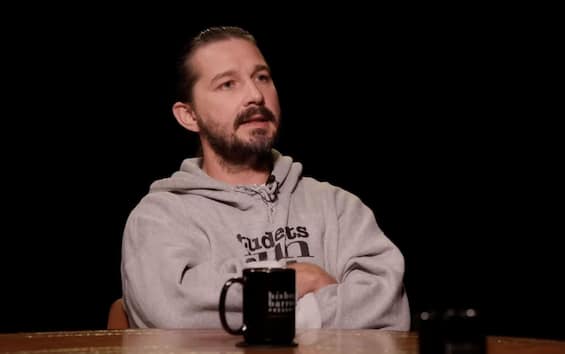 The well-known director Francis Ford Coppola is preparing to direct Megalopolis, his latest film featuring an exceptional cast with a budget of over $ 100 million. The start of filming is expected to be this fall, with a new actor ready to join the already confirmed members – we’re talking about Shia LaBeouf.

Cast and plot of Megalopolis

The actor Shia LaBeouf is one of the last to join the cast of other great personalities such as Forest Whitaker, Lawrence Fishburne, Nathalie Emmanuel, Jon Voight, Adam Driver, Jason Schwartzmann, Grace VanderWaal, James Remar, Talia Shire and Kathryn Hunter. As for the plot, few details have leaked about it. The film should be set in a New York alternative nicknamed “the new Rome”, whose fate is haunted by a modern world unable to solve social problems.

For Shia LaBeouf this film can represent a relaunch after the accusations made against her by the ex-girlfriend FKA Twigs, stage name of the singer Tahliah Debrett Barnett. In fact, in 2020, Shia LaBeouf was accused by the same of sexual violence, aggression and provocation of stress, filing a lawsuit against him. As if that weren’t enough, FKA Twigs also stated that she was nearly choked by her former partner of hers in one of the many discussions she got involved with. After the allegations broke out, the actor apologized and in a podcast interview Real Ones by Jon Bernthal, while never mentioning the name of his ex-girlfriend, he admitted that he “hurt not only that woman, but also many other people close to her”. Finally, the actor said he was ready to assume “all the responsibilities of the case”. Shia LaBeouf’s career began in 2003 with her big screen appearance in Holes – Holes in the desert. Among his most successful interpretations we remember Disturbia of 2007, the role of the protagonist Sam Witwicky in three films of the saga Transformers, Nymphomaniac of 2013 and Fury of 2014. Shia LaBeouf also boasts some sporadic appearances on successful TV series such as ER – Doctors on the front line, X-Files And A family in disarrayall roles held between the late 90s and early 2000s. On 10 October 2016 he married his colleague My Goth. After breaking up in September 2018, they get back together in March 2020. Two years later they become the child’s parents Isabel.