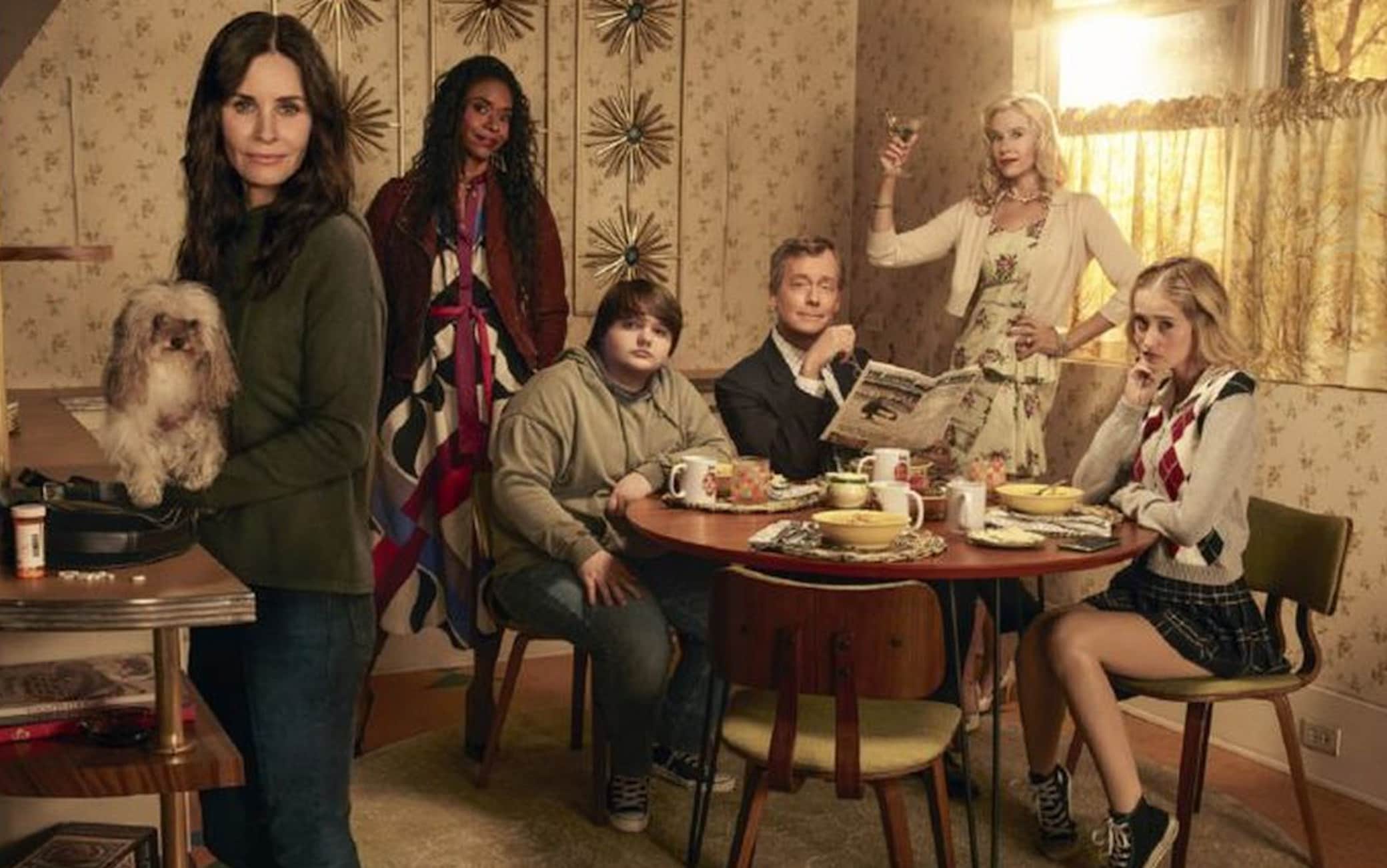 Starting from next 6 March, it will also make its debut in Italy Shining Vale, the comedy horror television series starring Courteney Cox.

STARZPLAY (available on Rakuten TV, Apple TV and as an Amazon Prime Video and Infinity + channel) announced it a few hours ago, letting it be known that the show will also be broadcast by us on the dedicated service, simultaneously with the American Starz.

In addition to the star of Friends, which is certainly not new to the horror genre (remember that he took part in the film epic of Scream), the cast is full of big names in the acting scene: Greg Kinnear, Merrin Dungey, Gus Birney, Dylan Gage and Mira Sorvino will join the protagonist Courteney Cox.

Co-star with her will be Greg Kinnear.

The group photo of the cast of the comedy horror series (which we show you at the end of this article) accompanies the announcement of the date on which the highly anticipated series will debut: Sunday 6 March 2022 on the STARZPLAY premium streaming platform in Europe, Latin America and Japan .

Shining Vale it’s a bit of a family comedy and a bit of a horror.
It will consist of eight episodes lasting half an hour each and is created by Sharon Horgan (Divorce, Catastrophe) and Jeff Astrof (Trial & Error, Ground Floor), author of the script for the pilot episode (which is based on a story by Horgan and Astrof).

Jeff Astrof also produces, with his Other Shoe Productions, flanked by Sharon Horgan and Clelia Mountford (Motherland, This Way Up) by Merman, Aaron Kaplan (The Chi, The Neighborhood) and Dana Honor (A Million Little Things, The Unicorn) of Kapital Entertainment.
Courteney Cox herself is also among the producers of the Warner Bros. Television and Lionsgate Television series, in association with Other Shoe Productions, Merman and Kapital Entertainment.

The stars are Emmy Award nominee Courteney Cox and Academy Award nominee and Emmy Award winner Greg Kinnear.
Gus Birney (Dickinson), Merrin Dungey (Big Little Lies, The Resident), Dylan Gage (PEN15) and Oscar winner Mira Sorvino (Hollywood, The Expecting) complete the whole. And the icing on the cake is Judith Light: to the famous American actress and activist (recently protagonist of the series Transparent) has been entrusted with a guest star role: she will be Pat’s mother, a veteran of the battle against her mental problems and also against her daughter.

Pat and Terry Phelps (Courtney Cox and Greg Kinnear) move from Brooklyn to Shining Vale, Connecticut, investing all of their savings in an old Victorian mansion and leaving the small New York apartment.

This move is the latest attempt to save her marriage after she had an extramarital affair with Frank, a young handyman who had rushed to repair Pat’s sink while her husband was away.

She is Patricia “Pat” Phelps, a rebellious ex-girl who achieved success thanks to the publication of a novel on women’s emancipation which does not lack alcohol and drugs.
But all this happened 17 years earlier: now the woman is sober but also dissatisfied. She is unable to write the second novel, has sporadic sex with her husband and has two teenage children, Gaynor (Gus Birney) and Jake (Dylan Gage), who don’t want to have anything to do with her. Furthermore, the relocation of the family has exacerbated relations with the children, who have had to abandon their life in Brooklyn because of their mother.
Buying a house two centuries ago on the market for nearly three years and bought for $ 250,000 less than the request seemed to be a bargain. However, it is clear that something is wrong: Pat feels that the Phelps are not alone. And he’s right: suddenly a woman will appear outside the living room window.

This is how she will discover that so many atrocities have occurred in that house, including a triple homicide-suicide. However, only she can see and hear those mysterious presences, unlike the rest of her family who don’t notice anything.
Pat becomes convinced that she is either depressed or possessed. Meanwhile, she is the only one who sees the spirit of the person who committed the murders inside the house: it is Rosemary (Mira Sorvino), a housewife who lived in the 1950s in that villa who is perhaps trying to own the new tenant.

The name Rosemary would not seem to have been chosen at random: it is impossible not to think of the name of another famous character in a horror film, also struggling with a house owned not so much by spirits but by followers of Satan … We are clearly talking about Rosmary’s Baby.