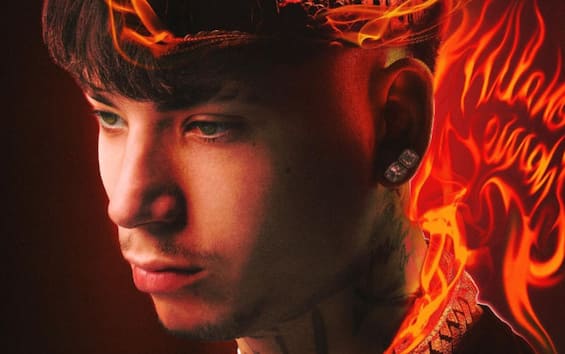 Yesterday, Thursday 24 November, the new album by Shiva. Is titled Milan Demons and it is an extraordinary excursus in the musical world of this young man, who although not part of the Italian artistic elite, has been demonstrating all his worth with high quality songs for years. Born in 1999, Shiva is one of the youngest artists of the Italian rap scene. Just a few months ago, in June, Andrea Arrigoni (his real name) launched the ep Dark love Ep, which met with some success. Shiva’s audience is mainly made up of his peers but there are also more adult listeners, although his target audience is mainly made up of generation Z.

What is there to know about Milan Demons

Milan Demons is an album that highlights the artistic evolution of Shiva. It cannot be defined as a mature album, given his very young age, but it is still a work that will leave its mark on his artistic career. It consists of 17 songs, of which 9 are collaborations. And in choosing the features, Shiva has aimed very high, calling to himself some of the most important names in the current music scene. Shiva’s project, as is now customary among rappers and new generation artists, will be released in digital and physical format, i.e. in CD and vinyl. The tracklist of the album is structured as follows:

The album Milan Demons was anticipated by the release of Take 4 last November 9th. An undoubtedly apt choice by Shiva, as demonstrated by the numbers of the song in these two weeks. As soon as it came out, Take 4 it was placed at the top of the chart of the most trending songs of the week in Italy on YouTube. A success that Shiva replicated with the video clip of Take 4, which debuted directly at the top of the most viewed music charts in the last week in Italy on YouTube, a surge in views equal to almost 315%. Important numbers for a 23-year-old boy who is devouring every record thanks to his music and ability to intercept the tastes of the public.