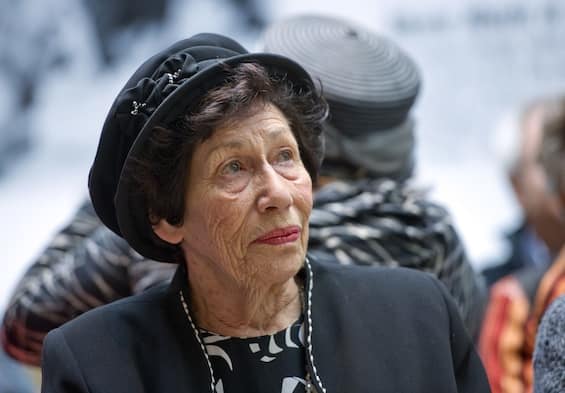 Hannah Goslar, one of Anne Frank’s best friends, who like the famous girl from the “Diary” was detained in the Nazi concentration camp Bergen-Belsen during World War II, died on Friday at the age of 93 in Jerusalem. The announcement of her disappearance was made today by the Anne Frank Foundation in Amsterdam. The two friends lost contact in 1942 when the Frank family went into hiding to escape the Nazis.

Born in Berlin on 12 November 1928 to German Jewish parents, Hannah Goslar fled with her family from Germany in 1933 immediately after Adolf Hitler came to power, settling in Amsterdam: her father Hans Goslar had been Deputy Minister of Foreign Affairs of the Weimar Republic. In the Dutch city, Hannah Goslar and Anne Frank, who lived on the same street and attended the same school since kindergarten, soon became her best friends, as stated in the “Diary”.

Friends since childhood, the two lost contact in July 1942

The two girls lost contact in July 1942 when the Frank family hid in the attic of their father Otto’s company to escape the Nazis. Goslar and his family were arrested by the Gestapo in 1943 and first deported to Westerbork concentration camp and transferred to Bergen-Belsen in 1944. In the Nazi concentration camp Hannah (or Hanneli as she is called in the “Diary”) met her best friend again in February 1945, shortly before Anne Frank’s death at the age of 15. Hannah and her sister Gabi were the only members of their family to survive the Holocaust. In 1947 she emigrated to Jerusalem, where she, a nurse by profession, married the doctor Walter Pinchass Pick. The couple had three children, 11 grandchildren and more than 31 great-grandchildren: “This is my answer to Hitler,” said Hannah Goslar.

History in movies and books

Goslar’s Tale: “Her Father Told Me She Was Dead”

Goslar said: “We lived close together and our first meeting was in 1934. We met in a grocery store. My mother and Anna’s mother, I remember, began to speak German because neither of us knew Dutch. Anna was with. The next day, when I saw her in kindergarten, I recognized her from the back and ran to hug her. Since then, we became friends. At school, years later, Anna wrote in a diary between lessons, which protected her from prying eyes. Everyone asked her what she wrote but the answer was the same for everyone: “it’s none of your business!” She was a child like any other, normal. When I saw her again in the concentration camp I had mixed feelings. I was happy to see her again but at the same time sad. I hoped she was saved by escaping to Switzerland. Only after the war ended, did I learn of Anne’s death. I was still hospitalized when I received a visit from Otto Frank. It was he who told me that both of his daughters were not survivors “.