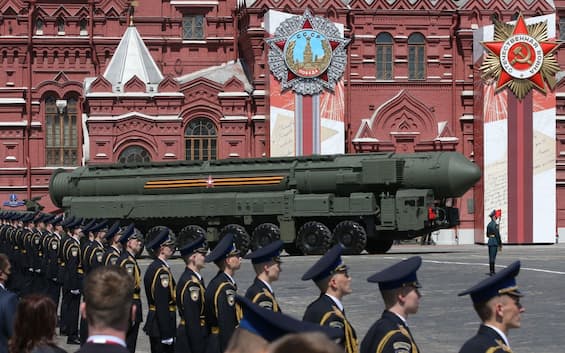 Concern all over the world after Putin’s speech that signed the decree of partial mobilization and the recall of 300,000 reservists. (ALL NEWS LIVE) To make the political-military situation even more incandescent are the words of the Russian Defense Minister, Serghei Shoigu who for the first time publicly abandons the term “special operation in Ukraine” to speak of a real “war against the West “

Warning on the use of the atomic arsenal

Since the beginning of Russia’s invasion of Ukraine, there have been claims about the possible use of nuclear weapons. These are divided into “strategic” and “tactical”. “Strategic” weapons are the most powerful nuclear warheads, installed on intercontinental missiles, capable of releasing an energy of hundreds or thousands of kilotons and so destructive that, if used by Russia, they would trigger the prompt reaction of the United States with an equivalent response

Shoigu: “All weapons are useful, even the nuclear triad”

For the first time, the Russian Defense Minister speaks of the “use of the nuclear triad” that Moscow has at its disposal, unlike other countries which also have nuclear arsenals. The nuclear triad consists of ground-based missiles that can hit long-range targets, submarine-launched missiles, and aircraft-launched nuclear bombs. The use of these weapons presupposes the use of ballistic missiles, nuclear submarines and strategic bombers.