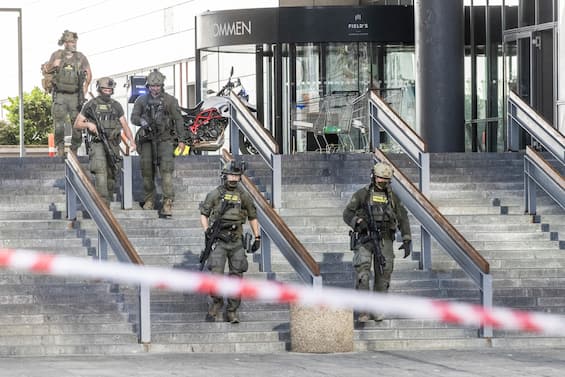 Three dead and several injured – including three serious ones – are the toll from the shooting that took place yesterday in a shopping center in Copenhagen. This was announced by the Danish police, also explaining that the 22-year-old arrested after the incident is known to the police “but only marginally”.

The young man, according to witnesses armed with a large rifle, was stopped shortly after the arrival of the police near the large Fields shopping center, which is located between the city center and the airport of the Danish capital. The motivations of the 22-year-old suspect remain unclear. The man is known to the police “but only marginally”, say the authorities, who add: “He is not someone we particularly know”.

The causes of the attack have yet to be clarified

The three victims are a man in his forties and two young men whose age has not been specified. “On social networks we see written that it would be a racist motive, but I cannot say that at the moment we have something that supports” this hypothesis, the head of the investigation specified. Police have instead confirmed that they are investigating videos posted online showing the suspect pointing weapons to the head and which would question his psychiatric conditions. Earlier, the investigators had refused to rule out an act of terrorism.