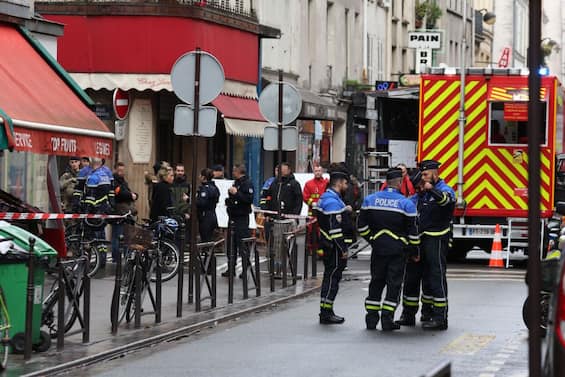 Shots were fired in Paris at the Ahmet-Kaya Kurdish cultural center and a man, of French nationality, was arrested. The death toll rises to three: the Paris prosecutor, Laure Beccuau, reported it, speaking to the press on the spot. However, the wounded are different. The events took place in rue d’Enghien, in the tenth arrondissement. The arrested man is in very serious condition (THE GALLERY).

Who is the man stopped

The arrested would be a 69-year-old pensioner of the SNCF, the French railway company, already known to the police for attempted murder, after attacking a migrant camp in Paris armed with a saber. It had happened in a Bercy field, in the twelfth arrondissement of Paris, on December 8, 2021. There were several injured, including two seriously. The man had been indicted for attempted murder with the racist aggravating circumstance, specifies BFM-TV. Meanwhile, the “anti-terrorism prosecutor’s office is evaluating whether the facts are of a terrorist nature or not”, specifies the broadcaster, citing judicial sources. He was also known for another attempted murder in 2016. The man was released from prison “about ten days ago”: this is what BFM-TV reports again, quoting the Paris prosecutor, Laure Beccuau. The man, the broadcaster specifies, was “under judicial control pending trial”.

“An investigation into homicide, voluntary homicide and aggravated violence has been opened” and “investigations are for the moment entrusted to the second judicial police district”, announced the prosecutor’s office. A suspect, “a man aged between 60 and 70 was arrested and placed in police custody”, he added, specifying that “his identity is under investigation”. “Seven, eight, shots in the street, it was total panic. We remained locked inside,” said a local shopkeeper quoted by France Presse. Also according to eyewitnesses, the 69-year-old entered, fired and then went to the hairdresser next door, before being stopped by the police. The French police, among other things, has issued an internal circular asking agents to take sides to protect all sites of the Kurdish community in Paris.

The man who opened fire “obviously wanted to attack foreigners” although “it remains to be seen whether he wanted above all (target, ed.) Kurds,” said Gerald Darmanin, French interior minister, who gave a press conference improvised at the scene of the shooting. The man, he added, “acted alone” and “at the moment he is in the hospital”; he had had problems with justice in the past and was released on December 11, the minister stressed. Darmanin, speaking with reporters, explained that the 69-year-old was known to the police, but not to the intelligence services, was not filed for extremist acts and was not an activist of one of the far-right groups, which have recently been dissolved. “It is not certain that he has any political commitment even if, obviously, his motivations are characterized by an attack against foreigners, but this -added the minister- the judicial inquiry will confirm”.

Scuffles between Kurdish demonstrators and police: at least 11 officers injured

There are scuffles – which began in conjunction with the arrival of the Minister of the Interior, Gerald Darmanin, in the X Arrondissement – in the area where this morning there was a shooting in front of a Kurdish cultural centre. There was a stone throwing between the officers to which the police responded with tear gas. Protesters sang songs of Kurdish solidarity and against Turkey. At least 11 policemen were injured in the scuffles. In the area of ​​the shooting, in the neighborhood around rue d’Enghien and the Faubourg Saint-Martin, tension is skyrocketing with fires in the street, booing, clashes with police in riot gear. According to BFMTV, the demonstrators are protesting against the government and the interior minister, Gérald Darmanin, for failing to guarantee the protection of the Kurdish community in Paris.

“Surprise and condolences after the shooting in the heart of Paris which cost the lives of two (three, ed.,) people and caused several injuries. Thanks to the police for the rapid and decisive intervention. Our thoughts to the families of the people affected by this terrible tragedy”. The leader of the Rassemblement National in the National Assembly, Marine Le Pen, wrote in a tweet.

Mélenchon: “Enough of attacks on our Kurdish allies”

“Sadness and anger at the terrorist attack on the Ahmet Kaya Kurdish cultural center in Paris. About ten years ago, two Kurdish leaders were assassinated in the heart of Paris. Enough! Protection for our Kurdish allies everywhere.” This is the tweet of the leader of France Insoumise, Jean-Luc Mélenchon.

President Macron is following the situation

French President Emmanuel Macron is “following the situation” after the shooting. It was the Elysee who reported it, we read on Bfm-Tv. It was Macron himself who asked his Interior Minister Gérald Darmanin – who was visiting the Turcoing police station – to return to Paris and go to the scene.