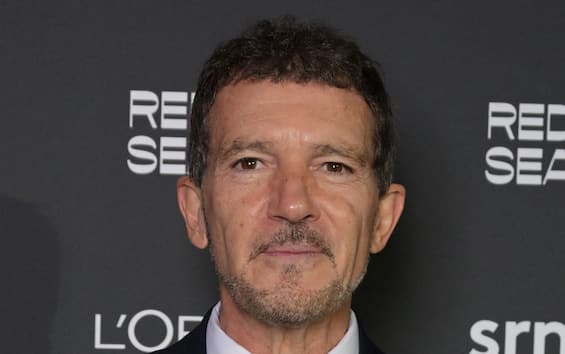 Great news for the many fans of the saga of Shrekthe green monster as big as it is good, which may soon be enriched by a fifth chapter. Was Antonio Banderas to reveal this possibility during a guest at the Red Sea Film Festival, where the actor arrived for the film Puss in Boots 2: The Last Wish, which debuted in Italy on December 7 at the cinema and is already in first place in the sales charts. Antonio Banderas has not given any certainty on the return of Shrek with a new chapter, but it left a door open and that is enough for the many admirers of the film to start hoping.

Banderas’ hypothesis about the return of Shrek

Not everyone knows that Antonio Banderas, in addition to being a loved and appreciated actor, is also one of the most sought-after voice actors in the cinematic world. The actor is the original voice of the Puss in Boots in the latest successful film and precisely speaking of his work for the feline character with which he returned to the cinema, he also let slip a statement regarding Shrek it’s a his possible comeback: “I’ve been this Cat for almost twenty years. The first time I did Puss in Boots I was working on Broadway, my first session was there. We have now reached five films. There will probably be another, e Shrek he’ll probably come back.” Antonio Banderas’ words were very clear and leave no room for interpretation, so it is impossible to read elements of certainty for the return of Shrek. However, if the actor spoke in this way, it is evident that the environment is starting to talk about it and a possibility is being evaluated in this sense, which seems to be much more than something random.

The factors necessary for the return of Shrek

To understand what could be the elements affecting the return of Shrek you have to take a step back to the fourth episode of the saga. Among the various reasons for which it was decided to interrupt the series there was a decline in box office receipts, the result of an addiction of the public to this character. It must be said that the decline was minimal and in any case the takings were extraordinarily higher than the cost of the film. However, industry insiders can’t help but notice that The cat with the boots is getting very good success in all theaters and considering that Shrek has been away from the cinemas for many years, the nostalgia effect it could be the booster needed for a box office boom.