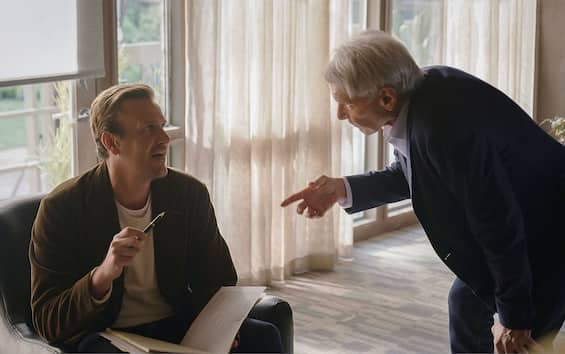 The teaser trailer of Shrinking has revealed the first images of the new comedy series created by Jason Segel along with Bill Lawrence and Brett Goldstein. Subdivided into ten episodesthe series will debut on Apple TV+ on January 27, 2023 (also visible on Sky Q and via the app on the Now Smart Stick) with Segel himself among the performers, alongside Harrison Ford, recently involved in products for the small screen such as 1923the spin-off series of Yellowstone arriving.

Shrinking: What is the series about?

The first two episodes will be available on January 27 and then one a week every Friday. The story focuses on a grieving therapistplayed by Jason Segel, who starts at break the rules by telling his clients exactly what he thinks, thus ignoring his training and ethics and finding himself causing tumultuous changes in people’s lives… including his own. Segel has previously partnered with Apple TV+ for Heaven is Everywhere.

The cast and creative team of Shrinking

Beyond Ford and Segel in the cast Christa Miller, Jessica Williams, Michael Urie, Luke Tennie and Lukita Maxwell. The star of How I Met Your Mother he wrote Shrinking together with Bill Lawrence and Brett Goldstein who have already worked on the successful series for Apple TV + Ted Lasso. No one therefore new to comedy, which suggests brilliant jokes and intelligent irony in each episode.

The trailer of Shrinking

The teaser shows the protagonists of the series as they jump on a trampoline changing their expression depending on different moods with a background music. Finally Harrison Ford emerges with a look between pity and admonition. Produced by Warner Bros. Television, Shrinking changes direction for the various episodes, the first is by James Ponsoldt.