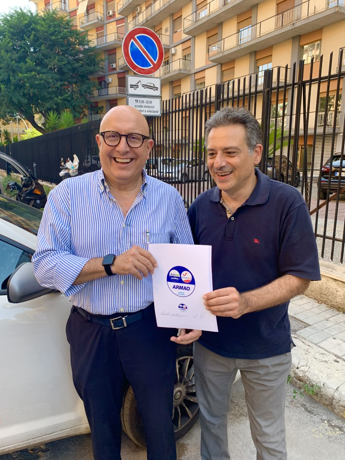 “I suffered five years of personal and political aggression from Mr Miccichè and his entourage, as did President Musumeci. Evidently, those who have decided to disavow and oppose the results of a government that they should have supported are putting themselves out on their own.” To say this, in an interview with Adnkronos, is the vice president of the Sicilian Region Gaetano Armao, who has just deposited the symbol of Action and Italia Viva to the Regional Authorities Councilorship, which sees him as a candidate for president of the Region. So, from today Armao is officially out of Forza Italia. After years of controversy with the blue coordinator in Sicily Gianfranco Miccichè, who has never spared attacks and criticisms of the regional government.


Armao thus accepted the invitation of the Action leader, the MEP Carlo Calenda and of Italia Viva di Renzi, to run for Governor. “I personally appreciate Carlo Calenda and his choice to establish a third pole – he explains – Italy is a country that needs a political proposal outside the traditional alignments, a political proposal that looks to Europe, which consolidates the Atlanticist position , which looks to the South, to the South, in particular to Sicily “. Next to him is his partner, the honorable Giusi Bartolozzi, who after leaving Forza Italia some time ago is now in the Mixed Group.

Gaetano Armao reiterates that “what caused everything to collapse was the contrary vote announced by the Fi group leader in the classroom, and I am referring to 150 million for Palermo and 20 million for Catania – he says – It is inadmissible that a President of Ars allow the secret vote on such a thing. Can Palermo and Catania have such a prejudice for personal hatred? “.

When asked who will ‘gnaw’ the most votes with his candidacy, he replies: “I don’t gnaw at anything, I put my enthusiasm, my love for Sicily, the skills I have acquired in the field and that have led to Sicily at the service of Sicily. some objective results “.

But can there be future alliances? “The future I think is the one on the European models. I think it was the model that held Draghi”. And he says: “Having brought down the Draghi government was not an opportune choice, Prime Minister Draghi gave Italy credibility and authority”. So, is Armao officially out of Fi? “I am officially a candidate for Action and Italy alive …”.