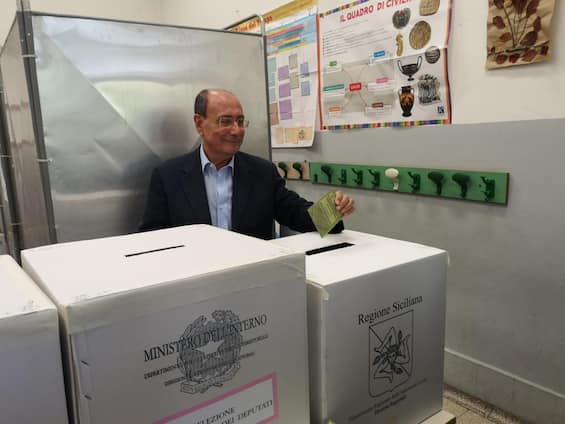 According to data from Consorzio Opinio Italia, the center-right candidate would settle between 37 and 41%, followed by Cateno De Luca with 24-28%. Caterina Chinnici, candidate of the Democratic Party, is at 15.5-19.5% Nuccio Di Paola, candidate of the 5 Star Movement, is at 13-17%

According to when detected by the exit polls, Renato Schifani would have won the elections in Sicily with a percentage ranging from 37 to 41%. From the data collected by Opinio-Rai, the center-right candidate would be 13 points ahead of Cateno De Luca (Sicilia Vera), who would settle between 24 and 28%. In third place the candidate of Pd-Cento passi, Caterina Chinnici between 15.5 and 19.5%, then the candidate of the M5s Nuccio Di Paola with a percentage between 13 and 17%. The other two candidates (Gaetano Armao and Eliana Esposito) would stand from 1.5 to 3.5% (ELECTIONS, FOLLOW UPDATES IN REAL TIME).

Ballot will begin at 2pm on Monday

Mouths sewn in the electoral committees of presidential candidates, no comment on the exit polls. Now the spotlight is on Monday’s poll, it will begin at 2 pm. The 900 candidates for the seats of the Sicilian Regional Assembly are added to the wait for the new president of the Region: who will win the elections will also have the majority in the classroom to be able to govern?