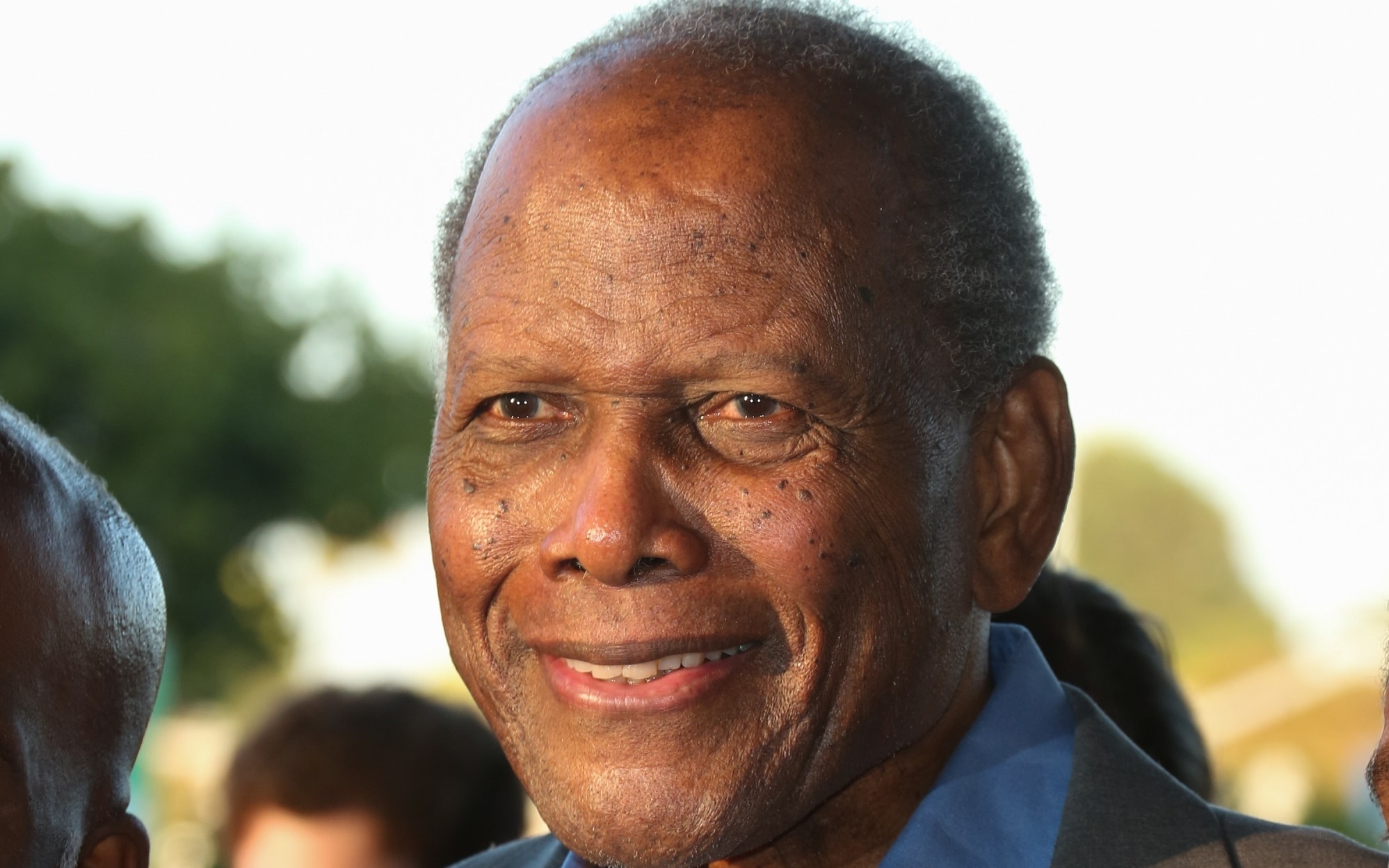 The African American actor Sidney Poitier, born February 20, 1927 in Miami, died in his home in the Bahamas, the country of origin of his parents where he spent the first years of his life in poverty. He was a Hollywood icon and won an Oscar for his performance in the film The lilies of the field, thanks to which he also won the Golden Globe. In the Sixties, with the roles he performed and the great success achieved, he represented the symbol of cultural integration in American cinema. At 15 he had joined his older brother in Miami without improving his social status. In 1945 he moved to New York where he did menial and occasional jobs. After studying to improve his accent and bearing, he entered

in the American Negro Theater, landing a small role in a Broadway production, Lysistrata, which earned him immediate attention and critical acclaim. In 1950 he made his debut in cinema: in his first film, ‘No way out’ (‘White man you will live’) directed by Joseph Mankiewicz, in which he plays the part of a young doctor unjustly accused of having let a man die, already the crucial themes emerge recurring in his filmography, of racism and violence.

Actor, director but also diplomat: the legendary protagonist of “Guess Who’s Coming to Dinner” with Katharine Hepburn and Spencer Tracy was born by mistake in Miami, but the family came from the Bahamas and Poitiers grew up in the islands. It was the foreign minister of that country, Fred Mitchell, who confirmed the death. In addition to breaking the race barrier in the dream industry, Poitier was also the Bahamas ambassador to Japan from 1997 to 2007. For “I Gigli del Campo” in 1963 he had won an Oscar for best actor, the first black man to be awarded the coveted statuette in that category, as well as being nominated twice for the awards for best cinema.

Upon Kirk Douglas’s death in 2020, he remained among the few survivors of Hollywood’s golden age and the oldest surviving Academy Award winner. Among his most famous films “The School of Violence” and “The Hot Night of Inspector Tibbs”. Like the other film of the same year, ‘In the heat of the night’ directed by Norman Jewison, albeit distant in terms of genres and

Themes, met with great international success, fully reflecting the relationship that has always existed between Poitier, its cinema and its audience. The end of the 1960s saw a change: in 1968 the actor developed the subject of the comedy ‘For love of Ivy’ directed by Daniel Mann, in which

plays a gambler, and in 1972 he made his directorial debut with Buck and the preacher (‘Don’t preach shoot!’), and then direct the melodrama entitled ‘A warm December’ (‘Thanks for that warm December’, 1972), from him also starred in, and later comedies such as Stir crazy (‘Nobody Can Stop Us’, 1980) and Hanky-Panky (‘Hanky ​​Panky Escape for Two’, 1982). After playing the role of a struggling activist

against apartheid in Nelson’s action film ‘The wilby conspiracy’, opposite Michael Caine, he considerably thinned out his presence on the big screen, participating in two detective stories in 1988, ‘Little Nikita ‘(‘ Nikita Faceless Spies’) by Richard Benjamin and ‘Shoot to kill’ by Roger Spottiswoode, and in the nineties to ‘Sneakers’ (‘ The lords of the scam ‘, 1992)

by Phil Alden Robinson, and to Michael Caton-Jones’s ‘The Jack-al’ (1997), while he has made numerous appearances on the small screen, including the interpretation of Nelson Mandela in ‘Mandela and de Klerk’ (1997) by Joseph Sargent. From 1998 he was part of the management staff of Walt Disney.