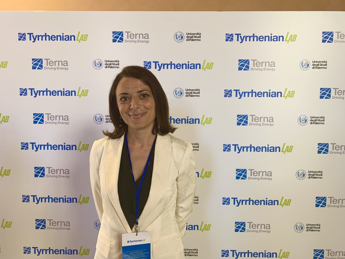 “The Tyrrhenian Lab project is the concrete response to the need to accompany the energy transition with the development of new skills, certainly of an engineering nature, but also of a managerial nature. The Master is an opportunity for the brilliant graduates of these places who, with determination and challenge, they will want to seize with us at Terna the opportunity to influence the development of this country “. This was said to Adnkronos by Maria Antonietta Sidonl, manager of Terna’s Sicily Transmission District, who today took part in the presentation of the 2nd level Master “Digitization of the electricity system for the energy transition”, promoted by Terna, as part of the Tyrrhenian Lab project, in collaboration with the Universities of Palermo, Cagliari and Salerno. Presented by the Master Francesco Del Pizzo, Director of Terna’s Grid Development and Dispatching Strategies, as well as President and Scientific Coordinator of the Tyrrhenian and the rector of the University of Palermo Massimo Midiri. Terna will invest 100 million euros over the next 5 years to develop the skills necessary to manage an electricity system in constant evolution. The aim of the Master is to create new professionals with managerial, engineering, IT and statistical skills.


“The brilliant young people I speak of – says Sidoni – are those students raised by the University of Palermo who have distinguished themselves and make their active contribution to the energy transition. Fresh energy, native digital energy that can come from the new generation of graduates of Palermo and beyond “.

But where is the energy transition in Sicily today? “The energy transition, understood as an increasingly renewable energy exchange is already a fact in the Sicilian reality – says Sidoni – What we have seen is very little compared to what we expect will happen. We are at the very beginning”.