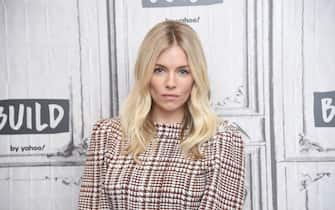 On December 28 Sienna Miller’s birthday is celebrated, one of the best-known faces of international fashion and historical companion of Jude Law. In addition to success on the catwalks, in her career she has also established herself as an actress, receiving praise from audiences and critics for her performances.

Sienna Miller, here’s how she changed

Born in New York on December 28, 1981, she moved with her parents (pictured) to England as a child. He will only return to the Big Apple later to study at the Lee Strasberg Institute

The debut on the big screen takes place under the direction of an Italian director: in 2001 with Carlo Vanzina in the film “South Kensington”

Before her film debut, however, Miller has already made herself known as a model. In 2003, his popularity in this sector made a significant leap in quality on the occasion of the Pirelli calendar, for which he posed at the age of only 22.

A year later, in 2004, on the set of the film “Alfie” he meets Jude Law with whom he starts a romantic relationship.

At this stage of her life, Miller reunites with actor Daniel Craig (pictured), with whom she had already been in a relationship before the actress met Law.

Meanwhile, in 2008, she obtained her first awards from film critics: at the BAFTAs of that year she was named best emerging actress, thanks to her performance in “The edge of love”

To escape the attention of the British pink press, the actress moves to Hollywood, but her stay in the States will not last long

Miller, in fact, returns to England and tries to reconnect with Jude Law: the two will get back together maintaining the relationship, without jolts, until the definitive break in 2011

In 2012 another nomination arrives, this time at the Golden Globe, as best actress, thanks to the TV film “The girl – Hitchcock’s diva”

In the same year she became the mother of Marlowe Ottoline Layng Sturridge, born from a relationship with actor Tom Sturridge

Since 2013 he has worked in a couple of films with Bradley Cooper (pictured): “American Sniper” of 2014, directed by Clint Eastwood and “The taste of success” of 2015 by John Wells.

In 2019 he starred in “City of Crime (21 Bridges)”, a film directed by Brian Kirk with Chadwick Boseman, Marvel’s “Black Panther” (pictured)

Sienna Miller is also Elizabeth Ailes in the Sky Atlantic miniseries “The Loudest Voice”, also from 2019

Sienna Miller in 2019 at the premiere of Ameican Women

Sienna Miller at the 2020 Golden Globes

Sienna Miller in January 2020, at the Sundance Film Festival

Sienna MIller in Montecarlo in 2020

Sienna Miller at Wimbledon in 2021

Sienna Miller at the Met Gala in 2021

Sienna Miller on December 202 at the mothers2mothers 20th Anniversary Gala