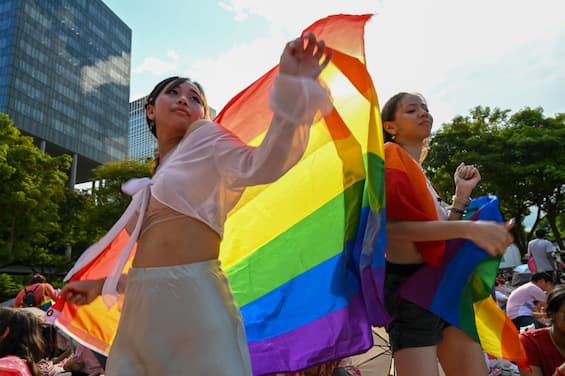 Singapore Prime Minister Lee Hsien Loongha announced that the colonial-era law criminalizing same-sex relationships will be repealed, while saying the government will continue to “support” marriage between men and women. “The government will repeal (the law) and decriminalize sex between men. I believe this is the right thing to do and most Singaporeans will agree,” he said, explaining that the controversial 377A law, a legacy of the British colonial past, which prohibits gay intercourse.

But it remains a traditionalist country

“I believe this is the right thing to do and something that the majority of citizens will accept”, said the premier in a speech explaining the decision to change the previous position taken by the government of the Asian city-state which was to keep the law but not apply it. The abolition of the law will put the country more in line “with current social customs and I hope it will bring some relief to Singapore’s gays”, added the premier who however reiterated that Singapore remains a traditionalist society and the government it will ensure greater legal protections for the definition of marriage as a union between a woman and a man, to make it so difficult for gay unions to be legalized.

To date, the penalty is up to two years in prison

After independence in 1965, Singapore had decided not to abolish the legacy law of the colonial past that criminalizes the sexual act between men and is in fact considered a ban on homosexual relations. The rule that will be abolished, a legacy of the British colonial regime, provides for a maximum sentence of two years in prison: even if in fact it is not enforced, defenders of homosexual rights say that it represents a deprivation of rights for members of the community gay, despite the increasingly evolved culture of the city-state.