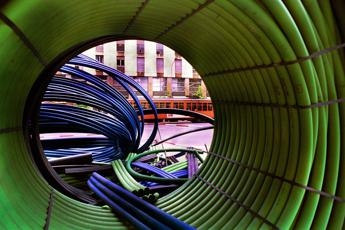 Tim awaits a formal signal and is considering whether to request it with a letter signed by the CEO, Pietro Labriola, which could arrive by the hour. The single network dossier, clearly slowed down by the elections pending the new government, would need a fixed point: the certainty, even in terms of time, of a non-binding offer for the infrastructure. The work is progressing, the dedicated teams have never stopped, even if the context has obviously changed. There is, however, a fixed point. According to various sources to Adnkronos, “the offer will arrive, the contents of the memorandum already signed will not be disregarded, and it will be an offer at market values”.


The central problem remains precisely the price, with a consistent distance between the starting figure indicated above all for negotiation purposes by the shareholder Vivendi, 31 billion, and the estimate that Cdp would make, between 15 and 18 billion, according to the rumors reported so far.

The scope of the operation is that of the letter of intent signed last May between Tim, Cdp, Open Fiber and the Kkr and Macquarie funds, with the commitment to submit a proposal by 31 October exclusively, but without constraints. The market is also waiting for it. A Bestinver reportwho downsizes the risks associated with expensive energy for Tim, recognizes that there are no liquidity problems and that the purchases of shares by the CEO are a good sign, highlights that “only positive news on the issue of the single network or some more concrete towards the sale of a minority stake in a business unit, could give more consistent support to the share price “.

For the rest, the interest in enhancing one’s shareholding should be a common interest for all shareholders. From Vivendi, which does not want to devalue it in the balance sheet of the parent company in France, to the CDP itself, which over time has invested a figure close to one billion euros in Tim.

Even on the political level, if the go-ahead for the operation is fairly obvious even with a new government, the need to close the operation at a reasonable cost is not marginal. Interviewed by Adnkronos during a discussion on the proposals of the individual parties, the Innovation Manager of Fratelli d’Italia, Federico MolliconeAnd Antonio Nicita, member of the Democratic Party and former Agcom commissioner, have summarized well the climate in which the single network will have to take its first steps. “The single network project still sees us late. Parliament unanimously approved our proposal which provides for the single network to be publicly controlled and obviously in collaboration with large operators ”, summarized the representative of FdI. The response from the Dem bank disputes the hypothesis that it is made at any cost. “I disagree with the Brothers of Italy proposal, which is a renationalization with a repurchase at a very high price, disproportionate in relation to the value of the asset. You cannot do the operation whatever the price asked by the French, it goes made at the lowest possible price “.