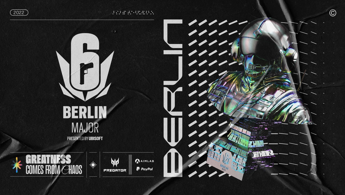 The race starts on the morning of August 15th and will be fully broadcast online, here’s how to follow it

Ubisoft has announced that the upcoming Six Berlin Major, the international Esport event of Rainbow Six, will start on August 15th and will continue until 21st at the Theater am Potsdamer Platz in Berlin. The race will start at 9:45 am, also broadcast online, with the top 16 teams from Asia Pacific, Europe, Latin America and North America competing for the title, prize money and points for the Global Ranking for qualifying for the Six Invitational 2023. After the group challenge, played from 15 to 17 August behind closed doors, the best eight teams will compete in the Playoffs, in front of the public at the Theater am Potsdamer Platz, in the heart of Berlin. Fans of Rainbow Six Siege attending the event will have access to various on-site activities, including the merchandise shop, meetings with professional players, demonstrations and more. During the race, the full content of the game’s Year 7 Season 3 will be revealed during the broadcast on 21 August.