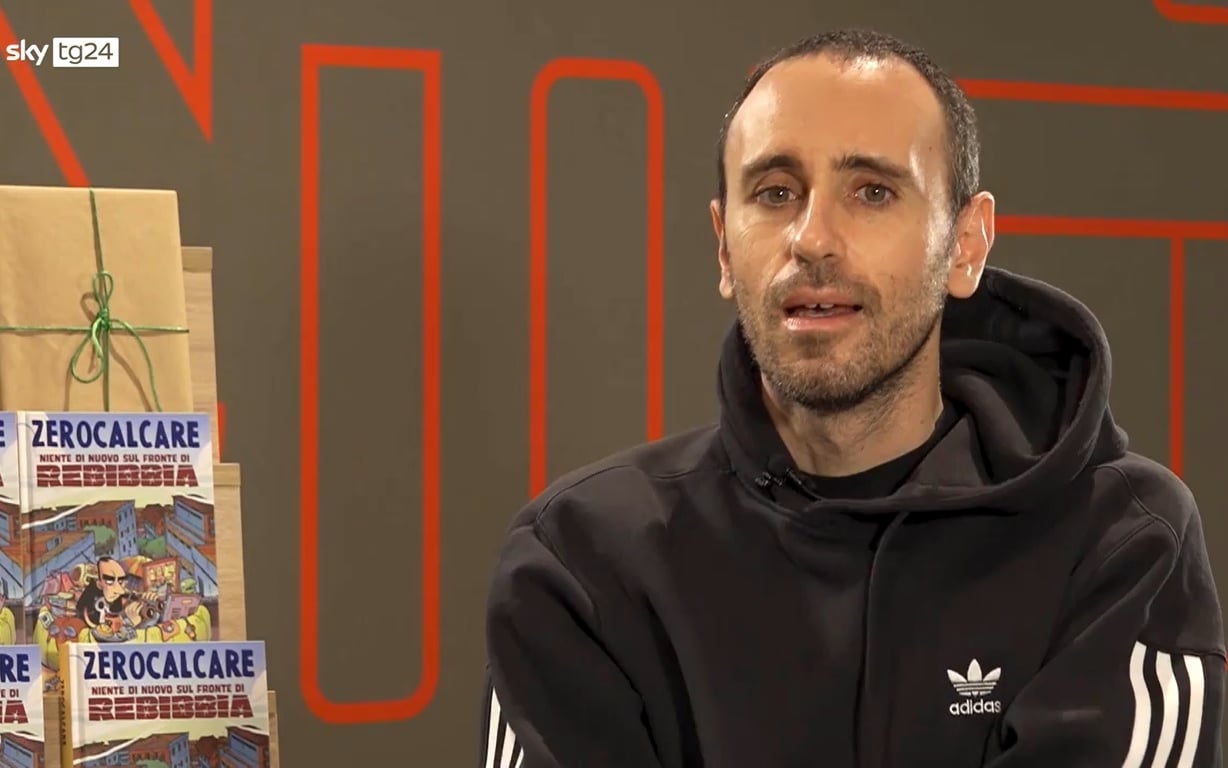 A “hectic” year in which “many things have happened”. The TV series, the book Nothing new on the Rebibbia front (Bao Publishing, 224 pages, 18 euros), a trip to Iraq that will become a new book. But outside of work, nothing has changed in Zerocalcare’s life. Militant cartoonist, Zerocalcare talks about his work, political and social, in the interview with Roberto Palladino for Sky TG24 Live In Courmayeur. An all-out interview that you can see in the video at the top of this page and which reflects the intellectual dimension of Michele Rech very well.

The difficulty of managing mainstream success

We talk about the new book released for Bao Publishing, about Iraq and then we talk about Tear off along the edges, the Netflix series also visible on Sky Q and via the app on the NOW Smart Stick (READ THE REVIEW). An incredible success with the public (it soon became the most viewed content on Netflix in Italy) and critics, which however also aroused controversy especially for the use of the Roman dialect. Zerocalcare talks about it during the interview after having done it in a chapter of Nothing new on the Rebibbia front: “I am a control freak, I manage everything myself, I watch everything that is written and this stuff is overflowing beyond the capacity of a single. To read all the articles and know who I have to fight with, I have to stay at 5 in the morning. I have to measure how compatible it is with a normal life ”.

RELATIONSHIP WITH A WIDER PUBLIC

The success of the series has led to him having a wider audience and “dealing with a billion different sensibilities,” he explains. “By now my audience was a bit skimmed automatically, they knew how I thought and either they thought like me or they were not surprised. Here, on the other hand, it seems to me that I have to give the rest to a million people and it is very difficult.” “beautiful feedback” and “heartwarming letters” from those who found themselves in his story also arrived.

THE PROPHECY OF THE ARMADILLO, A VARIATION ON THE THEME

The plot, which develops fully in the second part, is known: it is essentially that of The Prophecy of the Armadillo, both in its paper version and in the film version produced by Valerio Mastandrea. Names change (from Camille to Alice) and places (the journey is shortened by arriving in Biella and no longer in France), but the story is basically the same. What changes is the technique with which it is narrated, with an animation of surprising quality, always fluid and at times imaginative. The most loyal fans will recognize among the secondary characters some well-known faces of the first stories of the blog, the new ones who will approach for the first time will be able to appreciate the sensitivity and talent of one of the best authors that Italy has recently produced.

“WORKING WITH OTHERS? BETTER AND MORE FUN RESULT”

Zerocalcare also talks about the terror felt in sharing his creative act: “In reality, something came out that in my opinion has not lost a nail of my identity but which has been enriched by the thickness of another 200 people. The result is much better and it was much more fun working on it ”. A passage also on the controversy on the Roman dialect: “It does not surprise me but no one in good faith can say that he does not understand it if he lives in society and goes to the bar. It means that you don’t like it. If I make my friends dub it, then you hear the Roman dialect. I speak with the cadence, and that’s it “.