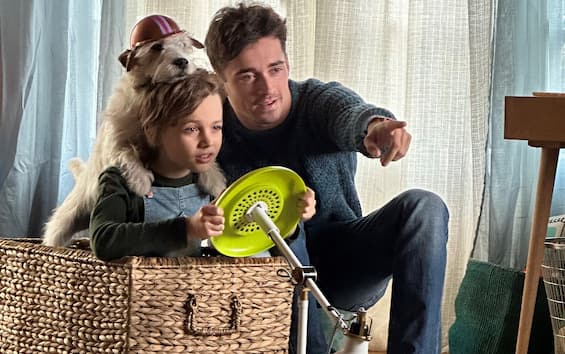 Sky Wifi is still the fastest fixed network in Italy according to Ookla®: after winning the Speedtest Award™ in the first half of 2022, Sky’s ultrabroadband service confirms this record. To celebrate it, the new communication campaign has been launched, again starring Charles Leclerc, an exceptional testimonial who embodies speed and power, just like Sky Wifi. The important recognition, awarded by the world leader in mobile and broadband network intelligence, is based on the analysis of Speedtest Intelligence® data for the period July-December 2022. Based on the results obtained by consumers and using the ranking compiled from Ookla®, Sky Wifi has achieved, for the second consecutive time, a Speed ​​Score™ higher than 100 – to be exact 108.13, up compared to 100.48 in the first half – beating the runner-up operator by over 21 points and a good 26 score the third. Ookla® also found that Sky Wifi recorded the highest download (507.36 Mbps) and upload (285.43 Mbps) speeds, once again positioning itself in 1st place in both rankings and with growing values ​​compared to the previous period.

The commercial with Leclerc

In the new subject of the communication campaign, again set in the home of the family protagonist of the Sky commercials, Leclerc and the child are watching the awards ceremony of a kart race on the tablet where the disconsolate boy failed to get on the podium. The Monegasque driver thus offers to teach him to go faster and, together with his sister, sets up a “simulator” that takes full advantage of the Sky Wifi speed to quickly upload the streaming video. In this way, the child is ready for the new race where, also supported by Leclerc on the side of the track, he will be able to triumph, because – as the commercial says – it’s “nice to know who to count on”.

The advertising campaign, conceived by the Sky Creative Agency, will be used on all media (TV, radio, digital, retail). The soundtrack of the commercial is “Demons” by Imagine Dragon, the offline and digital strategy and planning are by Wavemaker. In addition to the confirmation of the Ookla® Speedtest Award™*, Sky Wifi is also Product of the Year 2022 in the telecommunications services category and awarded in Italy home connection with the best value for money, also in 2022 for the second year in a row, by the German Institute of Quality and Finance. The coverage of Sky Wifi on the Italian territory also continues to grow and today the fastest fixed network in Italy according to Ookla® is available in over 3,500 Italian municipalities. *Based on Ookla® analysis of Speedtest Intelligence® data for H1 and H2 2022. Ookla trademarks used under license and reprinted with permission.